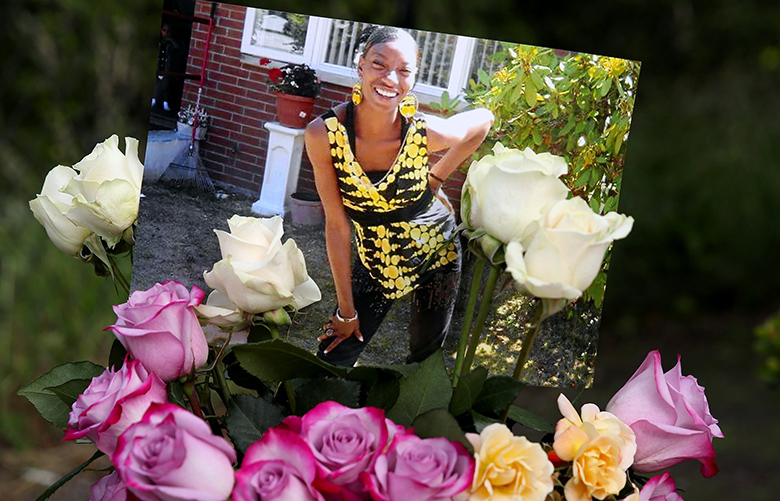 The struggle for African freedom has been going on since the first Africans were kidnapped. Within that struggle is another struggle Africans face; a more invisible, silent struggle: the struggle with our mental health. It’s a struggle that, according to a 2014 study by the US Census Bureau, 16% (6.8 million) Africans are engaged in.

Due to the stigma held in the community relating to mental illness and seeking treatment a lot of us go untreated, undiagnosed, leaving us unable to cope with our illness.

For African women this can be particularly challenging, not only because of the stigma surrounding mental illness but also because of the “strong black woman trope”. Similar to how African men are also less likely to seek treatment or help for fear of being seen as weak, African women do not seek treatment because we are made to feel as if we are super woman; we can do it all and be ok by the end of the day.

Unfortunately this is not true and many of us suffer in silence instead of reaching out for help. This view may especially take a toll on African women who are engaged in revolutionary struggle; our comrades. Women who, on the outside are fighting for freedom on the front lines every day, and going home at night to fight their demons alone; with their comrades being none the wiser.

It’s a tough thing emotionally, psychological, and even financially to combat the horrors that colonialism and capitalism have unleashed on Africans around the world but even more so when you have to deal with a mental illness on top of it all.

If so many of us are suffering from a diagnosable mental illness then why are so few us of seeking help?

For one thing, there are many of us that don’t even realize we have an illness. Mired in the everyday contradictions of life under colonialism, the sadness and feelings of hopelessness are attributed to not having power over one’s own life, because of external forces. When coupled with daily personal struggles, the fight against mental illness can seem insurmountable.

That is why we must stay vigilant by taking  steps to combat this illness. We first must be  aware of its existence, and the truth is many Africans may not be aware or may just be in denial about their condition,especially with something like chronic depression that may seem more invisible to some.

Being sad is one thing, but persistent feelings of hopelessness, low energy, no appetite, lack of sleep or sleeping too much are all common symptoms of chronic depression. It can also manifest physically with body aches and headaches as well.

People with depression often hear things like “happiness is a choice” or “just change your perspective”, and my personal favorite, “you just need to pray more”. If dealing with a mental illness was that simple it wouldn’t be such a huge battle, one that a lot of us lose. Thoughts of harming oneself or others is a very serious symptom and even though depression is quite common, it is still something not talked about within our community.

Not having a good support system can also contribute to someone not seeking treatment.- a situation that may be prevalent in colonized African communities If there is no one to reach out to, no one to talk to, then that person will feel isolated

The feeling of being alone in this struggle is further exacerbated by the under-representation of African women in the conversation surrounding mental illness and depression. Not only that but when we do hear stories of our African sisters who are ill it is usually because they were murdered by the state instead of getting the help they need.

Sisters like Charleena Lyle whose own family recounted her struggle with mental illness. Instead of being offered any help or compassion, the State murdered her for something she could not even control.

Similarly in 1984 at 66 years old, sister Eleanor Bumpurs was unmedicated and murdered by the State because they claimed they were afraid for their lives. Sophia King was 23, was suicidal, paranoid and also unmedicated when she was murdered by the State in 2002. Sixty-six year old Deborah Danner was mentally unstable and murdered as well. In every one of these cases the pigs said they feared for their lives despite the victims being either elderly or very small in stature.

Isolation and the Element of Shame

Worse still, Africans who are aware of their illness and struggling to cope with it, may feel shame attached to what they’re dealing with. This can be especially dangerous for people who are suicidal, because they may be less likely to reach out and ask for help because they are ashamed. They may feel like they are a burden to others or that they are making something out of nothing. They may also feel weak for having those thoughts. This is such a crippling, horrible feeling and  lonely feeling.

Mental illness can be so hard to understand if you don’t have one and even the most well meaning people can say or do things that are hurtful to the person suffering. That’s why it is so important for people to be educated on how to help their loved ones who may be suffering. If the stigma surrounding mental illness didn’t exist it would be easier for people to seek the help they need and even identify their issues before they get out of hand.

Most mental health problems manifest before the age of 25 but, once again, because of the stigma and shame surrounding them, parents aren’t as willing to accept that their child may be mentally ill. This can be a huge problem because then you have sick children growing into sick adults with no tools on how to cope and no inkling of what may be wrong with them. Couple that with the stresses of economic hardships and you have a recipe for disaster. This can manifest in behaviors that increase a child’s interaction with the police.

Depending on the person’s familial situation and severity of their illness, it is very likely they will end up living on the streets because they are unable to take care of themselves. Even worse some of our sister’s are locked away in prisons instead of getting the treatment they need.

Many Africans that go most of their lives undiagnosed for that very reason. Besides feeling shame, lack of insurance and outlets to receive a diagnosis and treatment, hinders many from getting the help they so desperately need. With the looming threat of pre-existing conditions being grounds for being uninsurable, just talking and reaching out for help can be used against a person to deny them affordable treatment.

In some states you actually have to ask your primary care physician if you can see a psychiatrist or receive any psychotherapy. If doctors are less sensitive to the physical pain an African is feeling as opposed to a white patient, then it is safe to assume that they may also be less inclined to listen to an African patient who is actively seeking mental health treatment.

On top of shoddy health insurance laws, the U.S. also doesn’t have enough people in the mental health field; the demand surpasses the supply. Which is why, in addition to making space for our mentally ill sisters, we also need more Africans to be trained in how to spot and treat someone with a mental illness because we cannot depend on the state to do so properly. We receive no compassion or mercy, we get murdered and locked up instead.  We need to have more of a dialogue and make it ok for people to talk openly about their issues,so more and more will feel comfortable reaching out. We are our sister’s keeper and it is our responsibility to create a culture and society where no one need suffer in silence.

Join the African National Women’s Organization at our 1st international convention as we discuss this very important issue and present a comprehensive strategy to help Africans in our community who suffer from mental illnesses.  Register today for this important meeting.