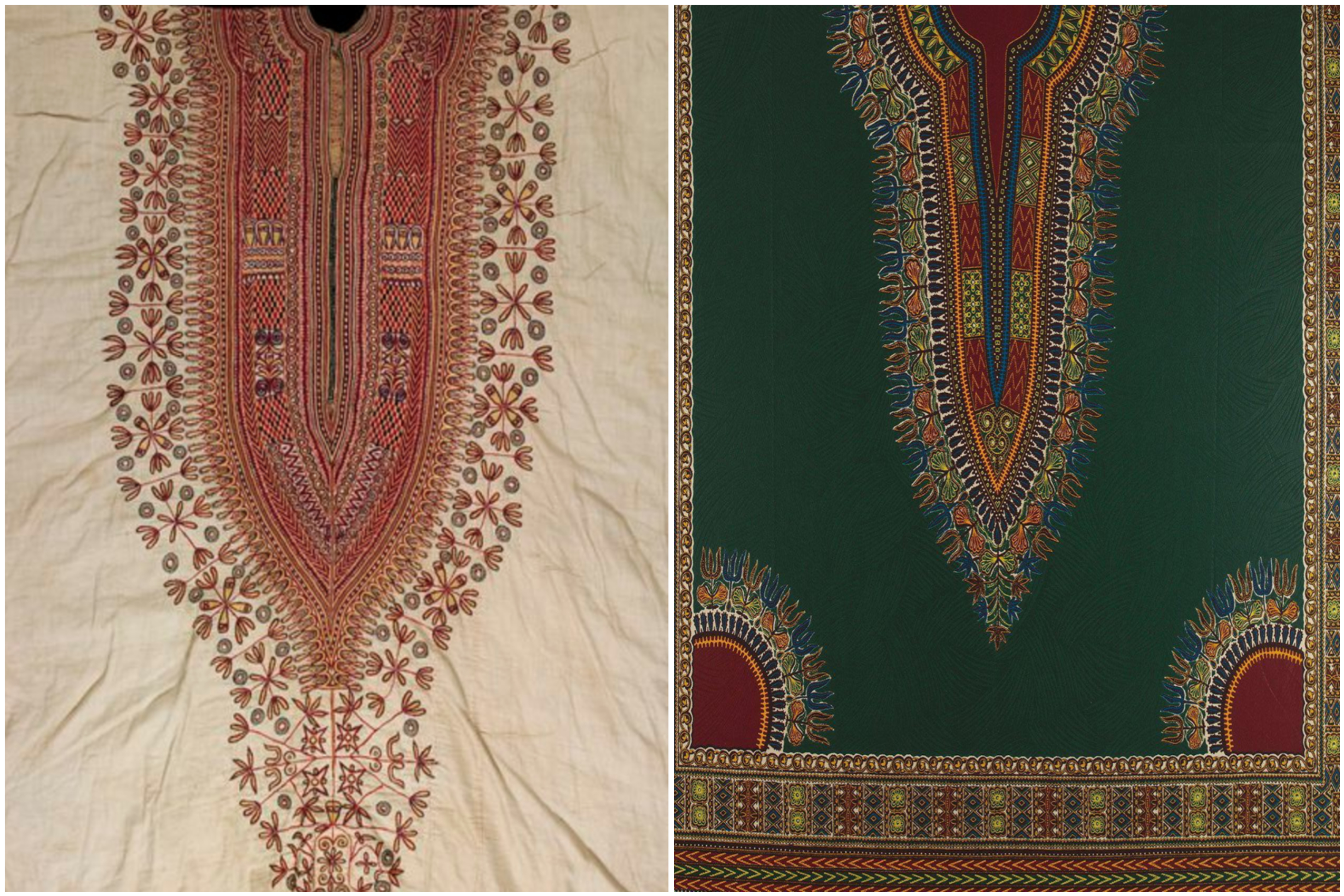 In October of 2017, Stella McCartney, a European fashion designer, debuted her Spring 2018 collection during Paris Fashion Week. After the images of her designs were revealed on social media platforms such as Instagram, the African community called her out for cultural appropriation for her use of African prints, also known as “Ankara.”

Stella McCartney is not the first white designer to appropriate and use African textiles and cultural emblems to create garments for her majority white customers. Other luxury clothing brands like Louis Vuitton have appropriated indigenous African cloth like the Maasai Shuka and Basotho blankets, for some of their designs.

Cultural appropriation is a significant contradiction because the descendants of the colonizers, who demonized African clothes and violently punished Africans for any cultural expression during slavery and colonialism, loot the same cultures for capitalist gains. This phenomenon is not surprising as it is merely the nature of white power and parasitic capitalism.

With that being said, cultural appropriation is simply the symptom of the bigger issues which are parasitic capitalism and colonialism. Both systems that have stripped Africans of political, economic and social power. Such that today, more than 80% of the textile companies that manufacture Ankara textiles, are owned by Europeans and Asians.

This exposes the fact that Africans do not have any economic power, as we do not own the means of producing something as basic as the textiles we use to define and reclaim our African identity.

Rather, the descendants of the same Europeans who colonized and enslaved Africans and caused the cultural genocide that distanced Africans from our cultures and body adornments, are the owners of the means of producing African cultural signifiers such as textiles.

How African cloth manufacturing was destroyed by Europeans

In the book, “How Europe Underdeveloped Africa,” Walter Rodney goes into detail about African manufacturing and production. African labor was diverted from building in our interest with the use of European violence and policy.

Rodney writes, “African demand for cloth was increasing rapidly in the 15th, 16th and 17th centuries, so that there was a market for all cloth produced locally as well as room for imports from Europe and Asia.”

“European cloth industry was able to copy fashionable Indian and African patterns, and eventually to replace them. Partly by establishing a stranglehold on the distribution of cloth around the shores of Africa, and partly by swamping African products by importing cloth in bulk, European traders eventually succeeded in putting an end to the expansion of African cloth manufacture.”

As a result, European cloth dominated the African market, which meant that African producers were cut off from the thriving industry.   This did not kill African production altogether, however, local industry remained small and impoverished with technological developments denied to them.

This was happening at the same time that African people and resources were turned into commodities through slave labor and colonialism, the results of which laid the foundation for worldwide capitalist development. Unfortunately today, most of these African owned industries have been bought off by Europeans and Asians, leaving almost no African-owned textile company in Africa.

White power has made sure that the majority of African people both on the Continent and in the diaspora are unaware that Europeans own the means of producing some of the most popularly known African prints designs such as the “Dashiki” textile.

The motif used to produce the “Dashiki” cloth originated in Ethiopia and was stolen by the Dutch-owned company, Vlisco, and used to create the pattern for what we know today as the “Dashiki”

Vlisco then copied this motif in the Netherlands and imported them into West Africa. Since this design originated in Africa and was familiar to Africans, and because Europeans had dominated African textile production, these textiles dominated the African textile markets.

This domination meant that all the resources made from the sale of these cloths went back to developing Europe while Africa stayed impoverished.

Colonization came with laws and policies that not only contributed to the decline of indigenous African textile production, but also allowed Europeans to import mass amounts of copied African textile designs into West Africa.

Today, colonial laws and policies are upheld by neo-colonial African governments who make it easy for colonizers to import their copied African textiles into the Continent, which in turns continue to ensure that they own the majority of the textile industry in Africa.

In the report to the 2017 Plenary of the African People’s Socialist Party, Chairman Omali Yeshitela helps us understand what it means for African workers to own the means of production.

“[The African liberation] victory [that liberates Africa] will mean the entire process of production–mining, building, manufacturing, shipping, distribution, etc.–will occur through workers councils throughout the production process. [For example] workers will not approve going into mines that are unsafe and improvement in the productive process will not be motivated by profit, that has no regard for safety and proficiency otherwise, but by the needs and aspirations of workers as producers and consumers.”

The way forward is for Africans to extricate ourselves from the processes that have historically kept us underdeveloped and exploited.  This will require us to work toward a future where our social wealth is produced in our own interest. Whether that is African cloth, minerals or labor, Africans must be engage in struggle that will lead to us determining our own path.