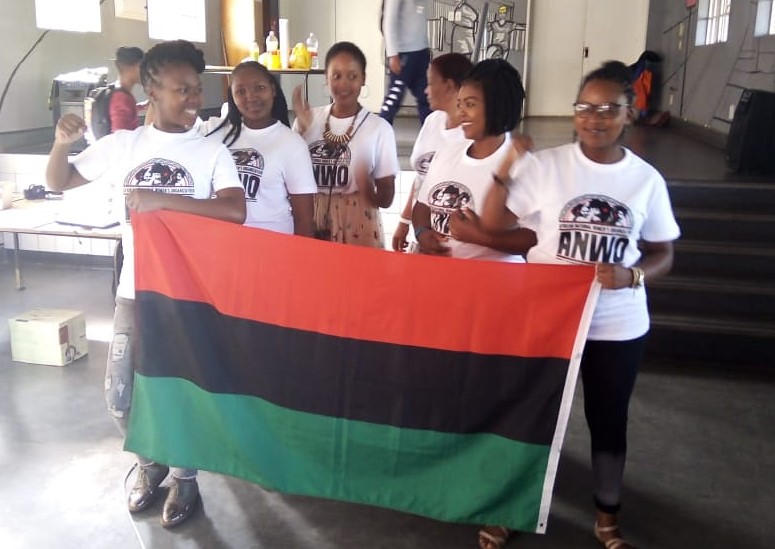 Organizing African Women in the Colony of South Africa

We are women who must raise children with a minimum government social grant of R400, which is equivalent to $24,57. We cannot get ‘proper’ jobs because of the underdog position the system has relegated us to; therefore, we settle for precarious work that doesn’t afford us a livelihood beyond the poverty line. 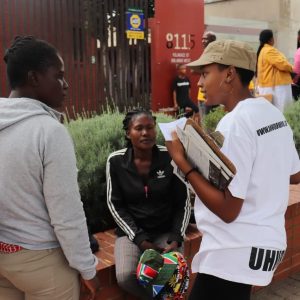 Our Political and Economic circumstances have made us vulnerable, first and foremost to the settler-colonial State and also to our African brothers – who face the same colonial contradictions but have no structures in place that help them deal with the issues they face.

Being colonized women – meaning we do not own and control our capacity to produce and reproduce material life – we have become perpetual victims of the vertical and horizontal violence.

This is our reality as African working-class women, as well as poor peasant women living in both rural and urban areas of south Africa. We do not have access to proper healthcare facilities, which makes us victims of the broken, corrupted and fragmented public hospitals.

We suffer from the terrible after-effects of the commodification of basic services in both the city and rural areas.

We are the women who carry the heavy consequences of all neo-colonial policies in south Africa.

THEREFORE, WE HAVE DECIDED TO ORGANIZE OURSELVES AND BUILD ANWO

African women in colonial south Africa refuse to live on without a plan of action for our own lives. We have taken the responsibility to organize ourselves and build our own desired reality. We are fed up with the colonial capitalist social system that robs us off a livelihood, while it maintains the lives of white people at our expense. Enough is enough! This is where the line is drawn!

This can be seen in our efforts to build the African National Women’s Organization in the townships of colonial south Africa. 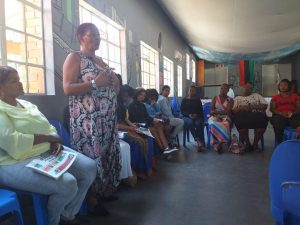 On the 7th of March 2020, we organized and hosted our successful debut ANWO pre-convention conference in preparation for the International convention that will be happening in the month of July in the USA, the headquarters of international imperialism.

The ANWO pre-convention conference that took place in historic Soweto was indicative of the working class character by its fervor and declarations coming from the participants. African women of varying age groups declared that “We are African women who have consciously decided to break the bestial Eurocentric view of African working-class women that are portrayed in mainstream media”.

We are women who are called “gold-diggers” by bourgeois informed individuals when they describe the relationships that we sometimes partake in as a recourse for us to afford the necessary means of life.

We are labeled as lazy and unmotivated by the African petty-bourgeois class, because of their close-minded and bourgeois aspirations that requires them to exploit other women.

The building and organizing of ANWO is the only escape for African women who must face such harsh judgment and insults from the world.

Therefore, it has become a historical mission for the same women who are being portrayed as nothing but useless to decide and organize ourselves; to be able to tell our own narratives and make decisions about our own lives in the process of overturning the social system that oppresses us.

We are the true definition of revolution and rebellion, in a context where some sectors are working hard to save the master’s burning mansion. It is us the African working-class women who took on the journey to truly live out the African proverb that says, “Mosadi o tshwara thipa ka fa bogaleng”, which tries to explain that a woman handles all difficulties and faces all challenges head-on.

We acknowledge our journey and the hardships that will come with it, but we don’t back down or get demotivated by that.

We understand that the capitalist social system in place will not truly be overturned without the active participation of African women alongside the whole African Nation.

We are African women who know what we are facing and know what to do, we do not let the world dictate to us what freedom looks like, rather we envision it for ourselves and know what is going to be required for us to attain it. 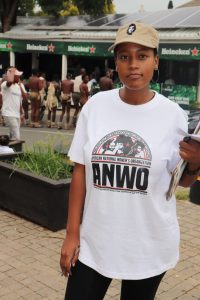 We are organizing for self-determination and self-governance for African women and African people. We demand death to colonial south Africa and a united Africa where every African eats and live off our own resources and labour in our continent, Africa.

We stand firmly opposed to neo-colonialism put in place by imperialism to compromise our work towards achieving true self-government and independent socialist state.

We recognize that there is no other genuine organization for African women in the world either than ANWO, which puts the struggles of African working-class women and poor peasants at the centre of organization.

ANWO is the only organization for African women that promotes self-governance and self-determination because it understands that we can craft out a future for ourselves, unlike popular feminist organizations that fight for integration into the dying system of capitalism.

ANWO is our organization as African women wherever we are located, because of slavery and colonization. We understand that no matter the separation, we are one nation, and we face the same conditions imposed on us by the social system of colonial parasitic capitalism. Therefore, we unite with the agenda to free Africa and unite African people everywhere.