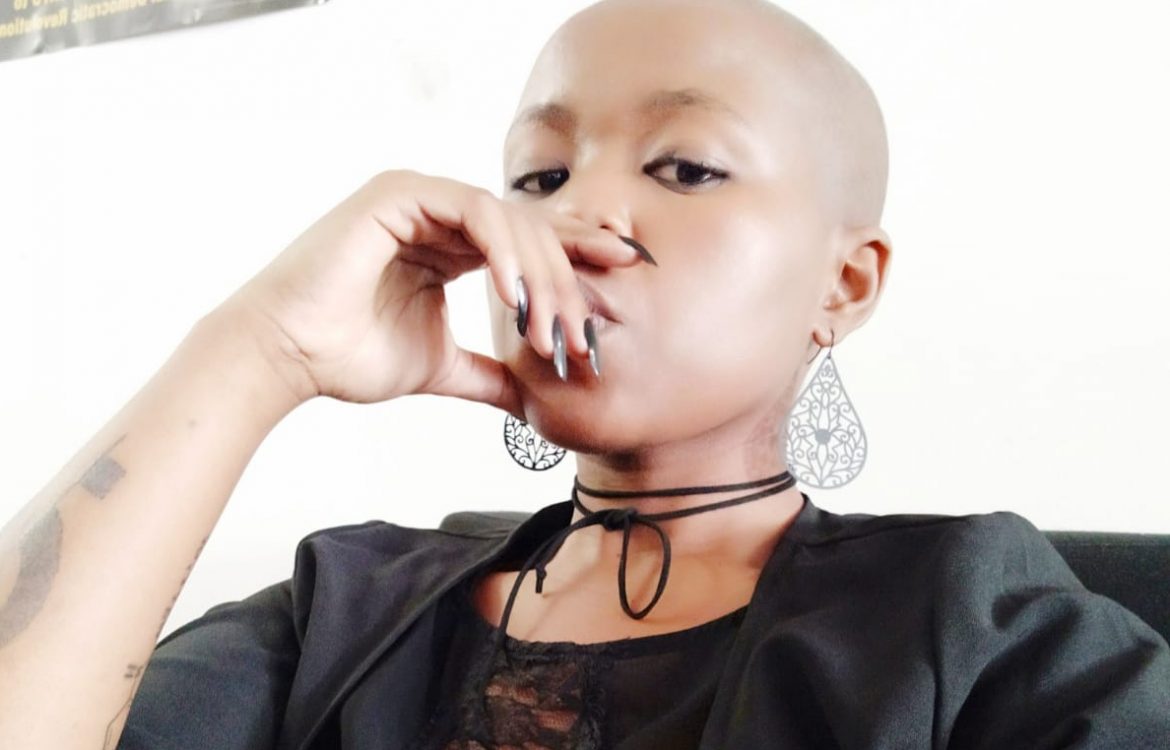 GENDER-BASED VIOLENCE: ANOTHER SYMPTOM OF A BROKEN SOCIETY DUE TO THE COLONIAL CAPITALIST SYSTEM

What the South African media has been referring to as ‘gender-based violence” is another symptom of a broken society as a result of colonialism and the rise of capitalism. We can’t solely blame the perpetrators of these crimes without examining the underlying issues or causes of these social ills that are inherent in colonial domination.

Yes, we are correct to be angry, shout and yell at the immediate perpetrators which are mostly men, for hurting, abusing, raping and mercilessly killing us. But we should also blame and attack the colonial capitalist system that created and maintains social conditions under which black people live.

This writing emanates from the recent reports of “gender-based violence” and merciless killings of black women and children by black men in South Africa, especially now during the State imposed lockdown due to the COVID-19 pandemic.

Day in and day out we hear horror stories of women and children being murdered; like the 3-year-old baby girl who went missing for a few days, only to be found killed, with stab wounds on her upper body and dumped in a plastic bin.  We heard about the 79-year-old woman who got attacked inside her home and the 25-year-old woman who was axed to death by her ex-boyfriend and the  28-year-old heavily pregnant woman who was stabbed and hanged on a tree, with an 8 months old unborn baby still inside her, taking two lives in one go.

This is sickening! It has to stop! Enough is enough! I plead with you, to please protect and defend African women and children. If we don’t, who else will?

We are not only dealing with a colonial capitalist system’s exploitation as we generally experience it, we have an additional yoke on our shoulders as colonized women, which is our special oppression usually carried out within the African colony by other colonized people.

The first attack African women suffered was colonialism (the foreign domination of an entire people for the material and spiritual benefit of the colonizer). Europeans are the ones who first killed, raped, and used African women and men as commodities. Over the course of centuries of subjugation, our brothers became indoctrinated with this nonsensical, immoral, and toxic white culture towards African women.

Therefore, what I see happening today is the legacy of the colonial capitalist system. With the arrival of the colonial settlers, came the rise of capitalism from its primitive accumulation of our resources and labour.  They separated our families by taking our fathers, husbands and brothers to the mines to dig up our resources for white consumption, while they turned African women into baby-making machines to produce labourers for production.  We were turned into maids, demeaned as human beings, as you still see it today – white people make us walk their dogs or carry them around on our backs as babies.

Black men adopted the “rape culture” and violence from Europeans who brought the savagery, death and destruction from Europe to Africa. Now our condition has been exacerbated by the material want that our communities are subjected to with the theft of our resources.

When our colonizers attacked and occupied our land, they did that through the barrel of a gun. When they raped and killed African women, they also did it through the use of force and violence. Today, violence and “rape culture” is synonymous with black men. They are the face of every cruel and toxic behaviour that’s happening in the society, while the white men who introduced it are models of “good moral and behaviour.”

Even today, white people still axe and kill each other, but the first suspect becomes black men. Both prominent white cases (S v Pistorius and S v Van Breda case) where white people were brutally killed by their own, the suspects or intruders were black men. These two cases explicitly show us that white men are not models of “good moral and behaviour” as the media has made many of us believe, this thing is embedded in their historical DNA, but they’ve always had a cover-up, called black men.

Just as they introduced their cold and cruel religion, that they call Christianity, Europeans used violence and instilled fear to black people, that they will go to hell if they don’t comply. Our fore-bearers, after years of resistance, were ultimately subdued and forced to adopt it. Down went our cultural values. Those who continued to resist this incursion were called pagans (amaqaba) while the converted ones were called “amagqobhoka”.

The settlers in Azania not only enjoy the fruit of our labour and resources, but they also brutalize and kill us as a form of therapy. That is also why they would even kill a 16-year-old teenage boy for allegedly “stealing” a sunflower. Unashamedly, shooting and killing black men in the farms and claiming that they mistook them for baboons.

And exactly why they would violently and inhumanly put an alive black man in a coffin and also feed a black man to lions in 2005. Europeans have always been violent and black people learned from them. However, by saying all of this I am not justifying a black man’s behaviour, but I want to deal with the underlying causes first before we deal with the symptoms.

PATRIARCHY IS A SYMPTOM OF COLONIALISM

African women cannot breathe. The environment is not conducive and safe for us. For hundreds of years the system has been kneeling on our necks in more ways than our equally colonized male counterparts. Therefore, I call upon both African men and women to fist up and fight back and unite against the colonial capitalist system and it’s patriarchal underpinnings of masculinity over femininity.

Yes, we need to dismantle patriarchy together because it came with colonialism. In pre-colonial Africa, black men and women were united and treated each other with love and respect, hence they never raped their women, despite walking around braless and wearing traditional mini-skirt called inkciyo. Black men were never discomforted by seeing naked breasts, until a colonial settler arrived.

In Europe men treated women like property and upon their domination of Africa,  African men were positioned to be superior to African women. The European settlers reinforced backward notions such as men are the boss in the house, a woman must bow before them, she is weak and cannot do this and that.

Before colonialism, black men and women were equally working together plowing the fields in order to produce food. Also, during harvest time both African men and women, boys and girls would go on the fields and work. That is why even subsequent to our dispossession, both boys and girls would go and herd the cows; for example, Mama Winnie Madikizela-Mandela grew up herding the cows.

Europeans never had equal powers with their women, a woman was told her place is in the kitchen, so patriarchy is their thing, exclusion of women from power, it came with them. Our brothers learned this and adopted it. It is wrong African brothers, and we will help you unlearn through revolutionary struggle, so we can be together as one, fighting our oppressor together.

In conclusion, my African brothers and sisters, let’s unite and fight together to reclaim our Black Power so that our Black Lives will matter as we build a new world. Because if we don’t crush the capital colonial system which maintains patriarchy, we are going to continue with these numerous futile hashtags #MenAreTrash #NotInMyName #MenMustFall #AmINext and the rest of them.

To you, African men in Occupied Azania (South Africa) in particular, you have to stop your petty-bourgeois inspired nonsensical “bro code” of loyalty; call each other out and expose the perpetrators, and stop protecting them because they are your friends, homies and colleagues. The entire African community must take a stance in defending African women from the violence perpetrated against us on a daily basis.

Vuyo Nyeli is a Clinical Consultant, senior law (LLB) student at the University of South Africa (UNISA), and a member of the African National Women’s Organization.