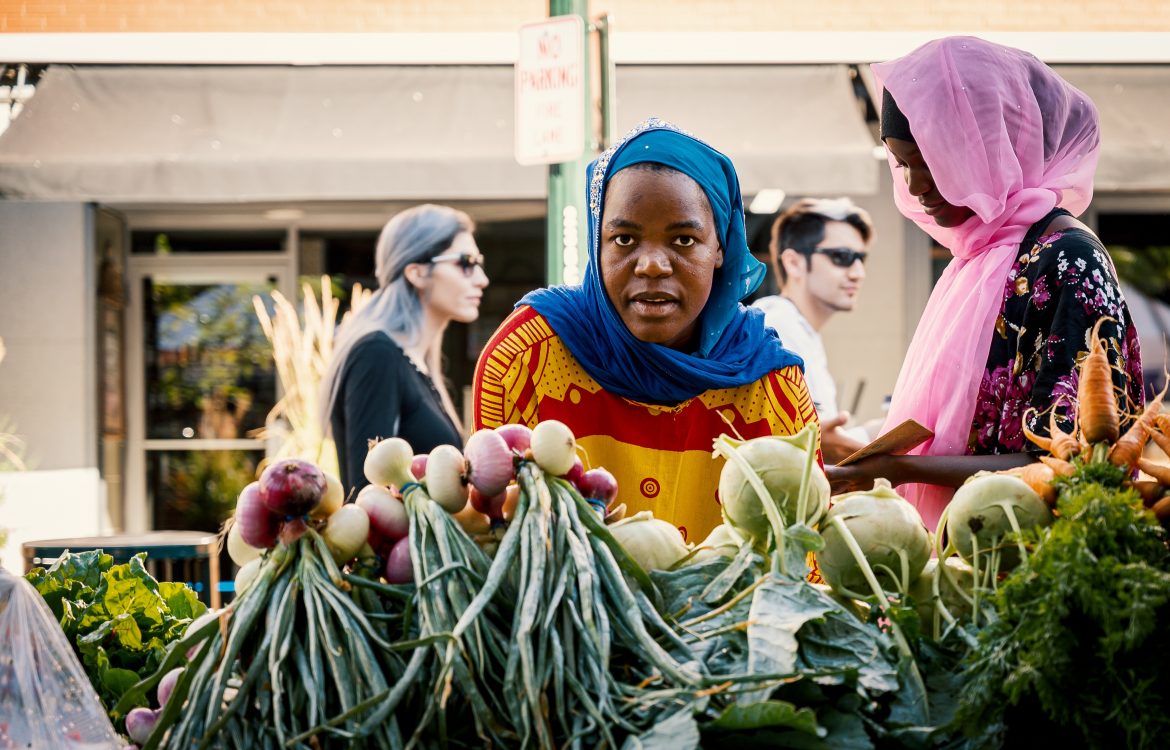 The Colonized African Woman in the 21st Century

As African women, we understand that the struggle black people are up against is colonialism, not racism. Colonialism is even the cause of all the bad stuff that happens to us as women, not patriarchy.

Webster defines colonialism as “the policy or practice of acquiring full or partial political control over another country, occupying it with settlers, and exploiting it economically.”

We think this is a little too clinical a definition that doesn’t really say anything about what colonialism really entails and who it affects.

Colonialism emerged within capitalism – a worldwide system of exploitation and violence that began with the European assault on Africa.

It is a brutal system that imposes the white ruling class’s will on the people they have oppressed.

It does this through violence, but also by erecting governments, rules, laws, schools, ministries, economies that protect the interest of the ruling class.

Colonialism is embedded in all aspects of our life. The food we eat, the air we breathe, the music we listen to, the way we raise our children; all of it serves to sustain the life of the colonizers.

Under colonialism the white ruling class determines the trajectory of society, directly or indirectly. Sometimes using members of colonized groups as their agents (ie. Barack Obama and Nelson Mandela).

This is called neocolonialism, a term first used by Kwame Nkrumah to describe white power in black face.  I won’t go into this too deeply because Chairman Omali has written on this extensively. I mention it to help you understand that capitalist colonialism is a chameleon and has been successful in reinventing itself.

Long gone are the hokey characterizations we associate with colonialism, of an old-timey curly mustached british officer mistreating meak peasants in some far off place circa the imagery of the early to mid 20th century.

Today’s colonizer is a smooth-haired hipster, feminist who listens to Taylor Swift and has a black girlfriend.

Colonialism didn’t just disappear. It changed because oppressed people forced it to change.  What we’ve failed to do, however, is to destroy it.

Therefore,  African people are still suffering; especially black women who hold a precarious position in society dealing with a special oppression from the state and from within the African colony.

Who is today’s colonized African woman

She is struggling with whether to report her rape to colonial police because she knows it could result in increased police terror in the black community, on one hand,  or nothing will happen, on the other hand.

She is the office worker who endures characterizations of being “unfriendly” “antisocial” “mean woman.”

She is the mother who is fighting to regain custody of her child from the state, facing criminalization from the State and indictment from her community.

She is the girl carrying  the financial weight of her entire family, forced to marry a man for dowry.

They are the women who enjoyed themselves too loudly in a public space and had the police called on them for disturbing “white people’s” peace.

She is a mother who cannot afford to take care of her child, so she gives birth and dumps her baby in a sewer.

She is also a woman who is forced to make decisions about her body and reproduction based on  colonial conditions.

She is the woman, or girl, trapped by antiquated traditions that lock her into a life of servitude and isolation.

She is even the repugnant African petite bourgeoisie like Oprah, Michelle Obama,who still get followed in stores or called a monkey in the ruling class media.

She is the pig black cop, military or any employee of the colonial government including the workers that carry out their job  taking children from black families.

She is the mother that buries her child too soon, because of colonial violence from the state or from within our community.

She is the mother that dies in childbirth.

She is you, an African woman trudging through life, minding your business only to be stopped by a Burning Spear Newspaper salesperson talking to you about revolution.

Essentially she is every African woman on the planet today experiencing tough times or who is trying to live her best life, despite the circumstances.

African women are colonized because we have not destroyed colonialism.

African women workers have every reason to destroy colonialism.

It is the only way to ensure that we can be  free and that our children, don’t have to know a world where African nation is subjugated.

We have everything to gain and nothing to lose.

The African petite bourgeoisie woman, on the other hand, has less motivation to destroy capitalist colonialism because she benefits from it.

She needs the maintenance of capitalist colonialism to measure how close she comes to achievements celebrated by the white ruling class.

The Revolution is Calling

The African National Women’s Organization (ANWO) exists as that organization where African women workers can organize our efforts toward the destruction of capitalist colonialism.

Through organization, we help prepare ourselves and our communities for the emergence of a new world where African women are no longer fourth fiddle, but instead, are integral to the political running of our society.

All African women must prepare to transform society by joining ANWO at anwouhuru.org/join.

The Time is Now!