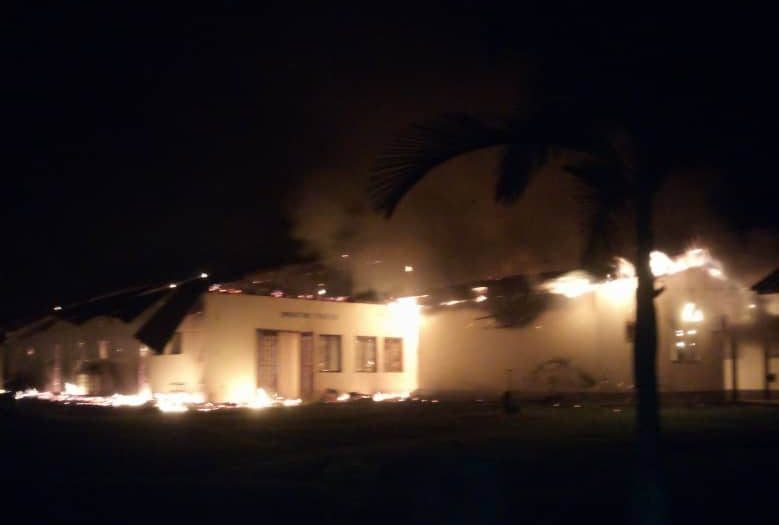 The Lockdown in Cameroon Gone Rogue

Editors Note: The crisis in Cameroon has caused immeasurable contradictions for the people of the country. African women who depended on freedom of mobility, in order to work, have been trapped hiding in the bush as the rates of brutality has escalated among the population; including rape and molestation of African women and girls. While this article does not bring out the woman question, it provides a political analysis of what is happening on the ground that forces the aforementioned conditions that has deepened the misery of the people.

For the past twenty-five years, sectors of the African petite bourgeoisie in the French and English speaking regions have been in contention with one another. The primary criticism from the English speaking sector being that they are denied access to the larger social and  political arena dominated by the French speaking Cameroonian government.

The contradiction came to a head in 2017 when neither sector of the petite bourgeoisie would concede to each others demands.

Since then, the country has been entangled in a ongoing crisis that has killed and displaced hundreds; mostly in the English speaking regions.

The Lockdown causes crisis for the African poor and working class

While the reason for the lockdown was not clearly stated,  we understand that the goal was to destabilize the government and its activities in specific areas of the country.

During the lockdown all sorts of activities were banned as a way to undermine National Youth Day on February 11th, which is also the anniversary of the United Nations sponsored 1961 plebiscite which forced the unification of the British ruled and French ruled regions of Cameroon,  locally referred to as La Republique.

The Ambazonian consortium of the English regions, have on several occasions, opposed celebrating this as a national day on the grounds that they were not well respected and acknowledged by the current government. Thus, the prerequisite was to put a halt on this day.

On Wednesday the 6th of February, a mass arrest of citizens was carried out by the state defense forces whom are assumed to be the security of its citizens. Women  were molested and sexually violated and there was about fifty young men who were forcefully taken from their rooms. As of this writing, little is known about their status or the health condition of the abused women.

One can then conclude, without fear of contradiction, that though the reason behind the lockdown was not clearly stated, it endangered  the lives of the poor and working class population.

There is a cry for justice and the application of the international law throughout the cities which have gone unanswered by the United Nations and the African Union.

The Crisis in Cameroon is a crisis caused by imperialism

In the Uhuru Movement,  we understand that the basis of the current crisis is one rooted in imperialism.

We blame imperialism, for dividing up Africa; creating a false national consciousness and pitting Africans against one another.

It is the fault of Germany, England and France and their continued intervention in the African political landscape, which fosters the type of instability we are seeing now.

France and England installed neo-colonial rulers (white power/black face) in its place, to make it look like Cameroon had independence in 1961.

They did this to avoid the emerging trend of armed struggle and African nationalism  sweeping throughout Africa in the 1950’s. Africans were fighting against European colonizers and inflicting high casualties in Algeria, Guinea Bissau & Cape Verde, Mozambique, Angola, Belgian Congo, Kenya and in French speaking Cameroon.

Europe didn’t have the man power to continue fighting these wars,  so in the mid to late 50’s it began to end direct colonialism in favor of indirect-colonial rule, by installing neo-colonial leaders throughout Africa.

Even after the so-called independence in 1961, France and Britain worked with their installed neo-colonial leaders to squash the indigenous nationalist movements of Cameroon, who sought complete independence and a socialist economy.

What is happening now is not a result of misleadership, it is a result of the attack on Africa that disbursed Africans around the globe and slicing up of Africa to facilitate the theft of our resources, for the benefit of Europe.

Dividing Cameroon further  does not solve any problems for Africans, it solves the problems of the colonizers and the African petit bourgeoisie.  Ambazonia, if they succeed in separating from Cameroon, will be a failed state, just like all of the other countries in Africa; infiltrated by the enemy and where the masses of our people continue to suffer under neo-colonialist regimes.

Neither the Ambazonia or Cameroon government is a revolutionary government with the interest of the poor and working class at the center. Both are led by the African petit bourgeoisie who have no vision for Africa beyond the violence and limitations of capitalism. Evidence of this is seen in the suffering of the people.

The call should be to unify Cameroon, but under one revolutionary government that brings together all of Cameroon for the betterment of all of its people and unite with the struggle for all Africa to be free under one socialist government led by the poor and working class.

Below is a video taken by members of the community on February 10, 2019. It shows bodies of young men killed by what the speaker identifies as “terrorists”. The speaker also calls on the United States and United Nations for their concern, however, we understand the United States and other imperialist forces are already in Cameroon. They are the real terrorists supplying arms to the proxy forces and instigating the crisis.

E. A. M. is the local President of the African National Women’s Organization in Cameroon.