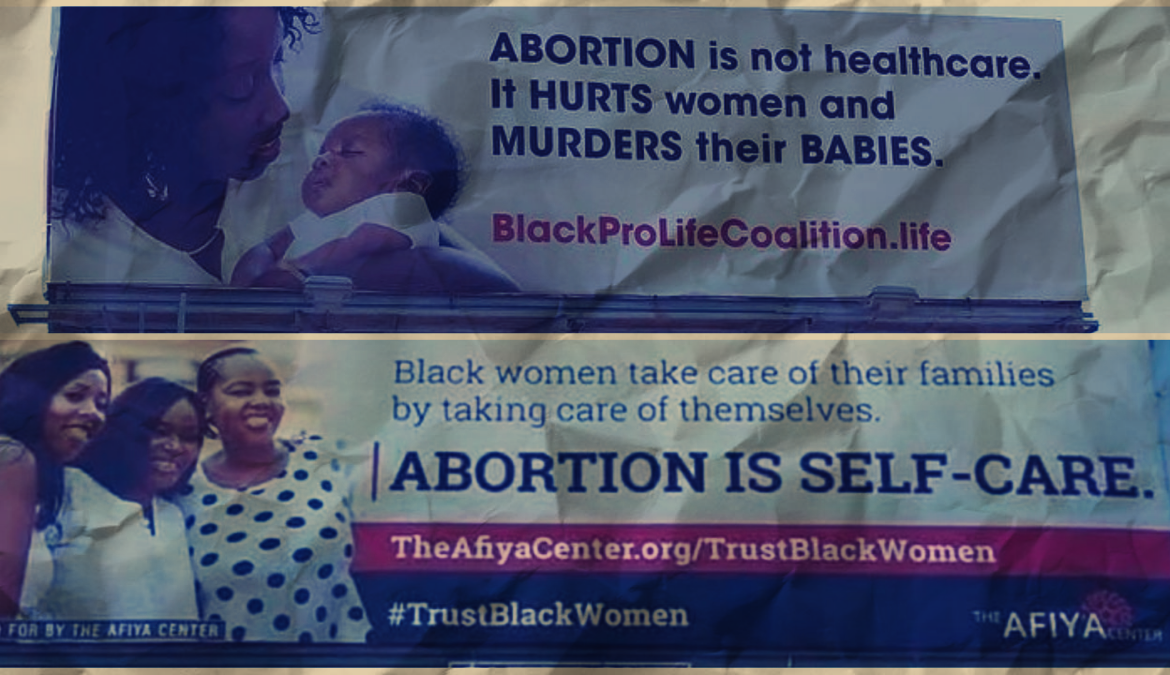 Abortion: Capitalism Robs Black Women of our Right to Choose

On May 14th, Alabama banned abortions making it equitable to a felony homicide. So far this year, Missouri, Ohio, Mississippi and Kentucky have passed 6 week abortion bans and 11 other states are introducing legislation that would restrict abortions after 6 weeks;  in most of these states the rates at which black women have abortions are highest.

Considering most women do not know they are pregnant until after 6 weeks, one thing is clear, these laws are going to have a devastating impact on women, more specifically African women; leading to a heightened rate of incarceration and death.

A 2015 report by the Kaiser Foundation, shows that the rate at which African women have abortions are high compared to our population in the U.S.

We recognize that these rates reflect our lives under capitalist colonialist domination. Often, the decisions we make about our bodies are not based on our inherit wants and needs, instead, we are forced by the demands that capitalism places on us; such as not having enough money to feed, house and clothe children; in addition to the cost of childcare, and the absence of a network of friends and family who might have been available for childcare, had they not also been a part of the African working poor.

Many are viewing this as an attack against women “in general,” positioning it as a Republican vs. Democrat issue; with Republicans attempting to overturn the 1973 Roe v. Wade Supreme Court decision that protects a woman’s right to choose whether or not to have an abortion.

We understand, however, that this part of the rising crisis of imperialism which has brought forth an attempt by the white ruling class to raise their birth rate.

Despite the fact that African women comprise some of the highest percentages of abortion cases in specific states, white women still hold the lead nationally.

Faced with an aging, slow-growing population the white ruling class is moving at a rapid pace to prevent the projections made by William H. Frey in his 2018 book, Diversity Explosion: How New Racial Demographics are Remaking America,  which states that white people will become a minority in this country by the year 2045.

The impact of which will be a loss of political power and a dwindling white ruling class. This is why we see support for these anti-abortion legislations from both bourgeois political parties: Democrat and Republican, both men and women.

It is a contradiction that the white ruling class is trying to resolve amongst themselves.

We, however, are not blind to the reality that crisis in the white oppressor nation, manifests itself 10 times over in African colony.

This is a point that white women won’t overlook as they prop up campaigns to defend their right to choose on the backs of black women. Unsuspecting black women will be dragged into this fight, aligning themselves with white women, under the pretext that we are fighting for our rights as women.

History tells us, however, that political alignment with women of the white oppressor nation, who sit on the pedestal of our oppression, will result in a loss for us and a gain for them.  We see evidence of this as recent as the white-woman-hijacked MeToo Movement and the Women’s March fiasco, where women associated with the group challenged, African woman, Tamika Mallory’s support for Louis Farrakhan.

This is not to say that African women shouldn’t struggle against anything that attempts to restrict our inherit right to do with our body as we wish.  Especially since these laws will lead to increased challenges amongst African women. We can and are addressing this through the African National Women’s Organization which recognizes the need for African women to be free of capitalist colonialist domination, which makes decisions based on white ruling class contradictions.

The opportunism of white women serves the white oppressor nation because its character is  to get in front of the emerging radicalization of African woman and bring them into the cold embrace of capitalist solutions.

In our resolution to the 2015 African Internationalist Conference on African we defined the different political interests of white women and black women:

We can conclude from this, that any resolution made amongst the people of the white oppressor nation will always benefit their women,  while African women continue to face challenges to our right to reproduce that goes beyond our womb.

These statistics  prove that the reproductive rights of women includes more than our right to give birth, but also our right to raise our children into adulthood without trauma, death or violence. In some communities it is hardly expected that our children will live past the age of 18. If they do, the likelihood that they will have a life free from the terrors of colonial violence and oppression, is slim.

When the foundation of the  worldwide system of capitalism is rooted in the destruction of African life, the odds that our lives will be improved by our alignment with capitalism is illogical.

We have experienced this terror since Africa was first attacked and the first child was ripped from the arms of his mother.

This is all a result of enslavement and colonialism. There is no law that a bourgeois political party, that upholds colonialism, could ever pass that ensures the production and reproduction of African life.  A vanguard Party led by African workers, united under one socialist government, in control of the state, will do that.

The African National Women’s Organization was created by the African People’s Socialist Party to raise up the contradictions that life under capitalist colonialism deepens for black women.  ANWO has created opportunities for us to center our voice in this discussion and organize for the destruction of the system that continually undermines our right to life, liberty and the pursuit of happiness.

For example,  ANWO’s ArrestCPS: Stop Kidnapping Black Children and Uhuru Kijiji Childcare Collective campaigns work hand in hand to directly address the reproductive rights of African women, while exposing the state and building a child welfare alternative all our own.

If we continue to lean on the whims of the white ruling class, we will continue to be trapped in their crisis. Let’s build and support our own.

Death to Imperialism! Forward the African Revolution!Forward the leadership of revolutionary African women!