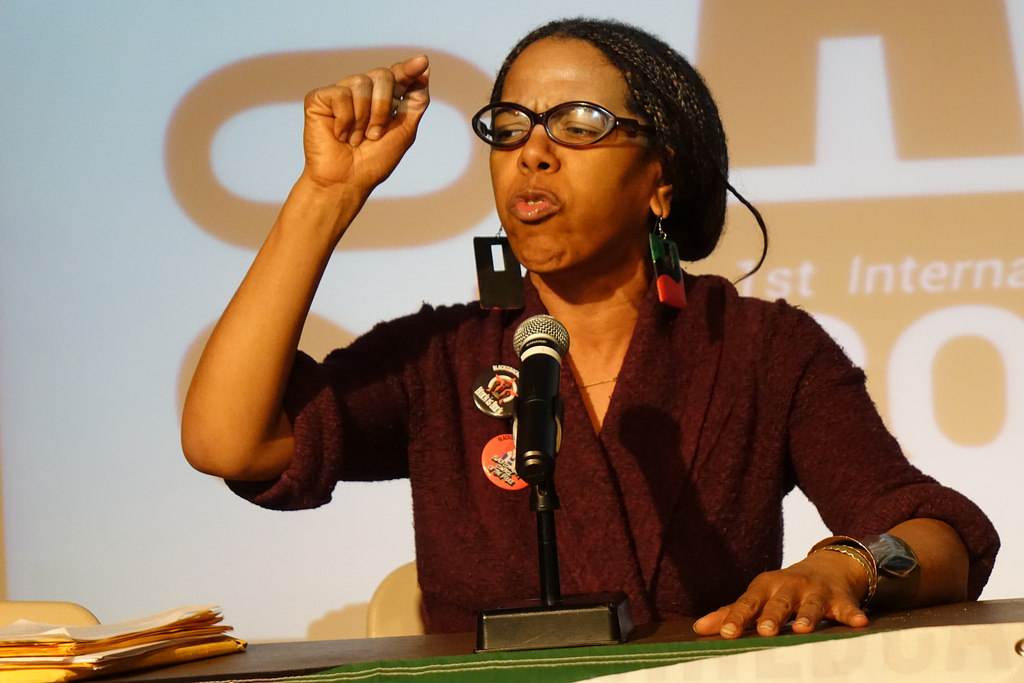 The African National Women’s Organization’s (ANWO) is convening our 2019 National Plenary, which will focus on training our sister comrades in the organizing science of the Uhuru Movement. The Plenary will be held on March 23-24, 2019 in St. Louis, MO at the St. Louis, Uhuru House.

ANWO is a revolutionary organization for African women with the sole interest of empowering poor working class African women to overturn our relationship with imperialism, by applying the practical theory of African Internationalism, which explains the world and our place in it.

Through interactive panel discussions, specified group organizing projects, and culture; attendees will participate in building our capacity to organize poor and working class African women who experience deep contradictions as a result of capitalist colonialism.

Ultimately, organizing the women of the class to our fullest capacity in the interest of the African revolution.

While this Plenary prioritizes the participation of African women, anyone with interest in organizing with African women, is welcome to attend. It will take all of us, every sector of our population coming to the front line, to shape the future of the African nation.

This means every African and those in solidarity with African liberation should be armed with the political theory and practice that will bring forward the leadership of African women.

Organizing African Women for African Liberation is a Must!

African national liberation will not be realized if the issues and barriers that  impact African women are not brought into the struggles of the revolution.

According to population and demographics statistics, African women represent the majority demographic of the African nation. Yet, the conditions for African women are some of the worst when it comes to violence, poverty, education and healthcare.

These issues become the primary contradiction that African women have to confront. Very often finding ourselves fighting for better conditions within the colony, instead of the destruction the colony itself.

This Plenary, among other things, will illuminate why African women must see their liberation tied to the liberation of the entire people; because the assault on African women does not begin and end within the colony.

It started when Africa was first attacked by the starving, diseased Europe. When Africans were forced, by gunpoint, to stop producing and reproducing life for ourselves in order to produce for the Europe.

This ongoing parasitic relationship, is what defines every single  contradiction impacting the lives of African women, even the contradictions that manifest among colonized Africans.

In 2015 the African People’s Socialist Party, armed with dialectical materialism,  saw the conditions of African women and created the African National Women’s Organization as the vestibule for African women to join the revolution.

Since then we have engaged in a series of campaigns and actions that raise up the issues of poor working class women.

There are too many African women, mired in the muck of colonial contradictions. They do not get a chance to realize their potential particularly because African women hold a precarious position in a society dominated by exploitation and violence.

The political theory of African Internationalism, however, helps us understand our place in the world, why African women experience a special oppression and how we should organize to resist this oppression.

African internationalism also helps us  understand that “under colonialism, African people as a whole, but specifically African women, have been conditioned to internalize and accept direct violence from the oppressor.”

African Internationalism, however, gives us the ability to conquer our contradictions both from within and outside of the African colony.

By attending this Plenary, African women who experience some of the deepest contradictions as a result of colonial exploitation, have an opportunity to set the trajectory of a real unified movement that will address our issues and forward the goal of our complete liberation.

Our 2019 Plenary will be a place to learn the organizing science gained by the African People’s Socialist Party over 46 years and how we can weaponize it in the interest of African women.

To learn more, contact us at (240) 326-3959 , register@anwouhuru.org  or online at convention.anwouhuru.org.   Registration starts at $20. Childcare is available.