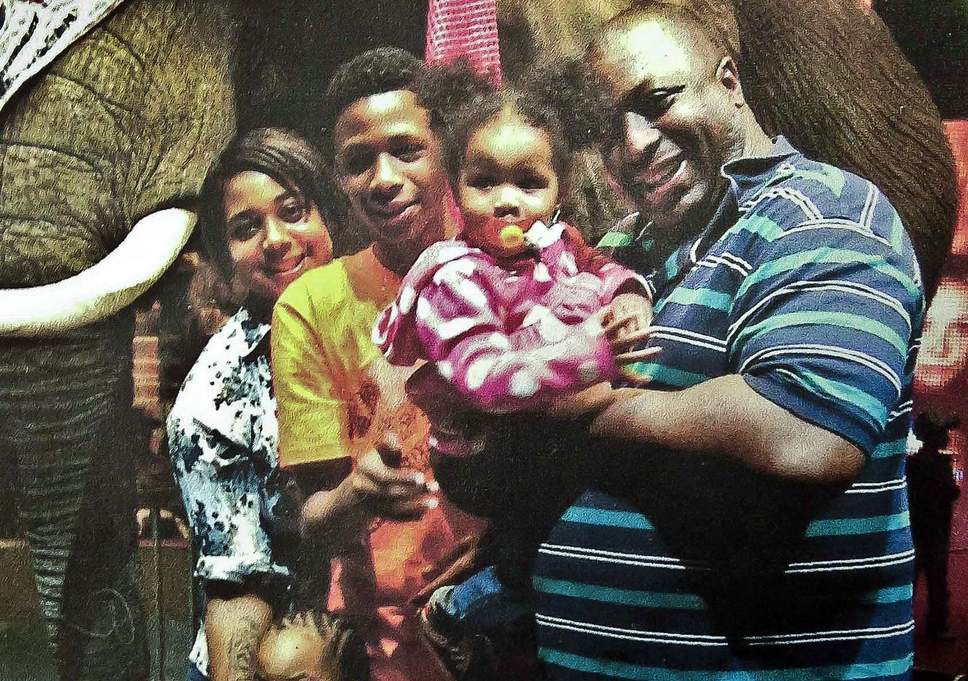 The tragedy of Eric Garner’s death at the hands of the New York City Police Department (NYPD) is still a trending topic on social media networks and somewhat talked about in the bourgeois media.

There have also been numerous blog posts about the circumstances of Eric’s death, but none more strikingly condescending than “Why I Will Not March for Eric Garner,” a blog post on the black feminist website For Harriet, written by its founder Kimberly Foster.

The title itself was enough for me to delay reading beyond the first two lines. I did not want to read another self-absorbed validation of “black womanhood” pitted against the idea of the “black man.”

I did not want to read about another African woman who felt like her victimization was justification for her indictment of African men.

I did not want to be upset by the words of an African woman who saw herself and our gender as separate from the African nation as a whole.

I had to read it, however, just because I knew it had all of those things trapped inside its paragraphs. I also realized it was necessary to expose her petty-bourgeois positions.

Foster writes, “I’m not settling for anything less than reciprocity. If you refuse to hear our calls for help, then I cannot respond to yours. I have no desire, as a black woman, to be placed on a pedestal, but I will not allow myself to become a footstool. Do not ask me for empathy if you are content to deny it in return.”

Feminism, a skewed worldview for Africans

The “pedestal” Foster claims she doesn’t want is exactly what her article calls for, a place high at the top as a glorious example of double oppression that everyone must learn to listen to.

The reality is that her calls will continue to go unanswered because she has no understanding of the material conditions of our people. She and African women like her do not understand that we are still colonized—as part of the oppressed African nation—which is why their worldview is so skewed.

They are fighting for “recognition” within a capitalist society that devalues the life of African people, period.

Everything in this society minimizes us and there is no pocket to which we can escape while imperialism continues to exist.

Feminism leads people to believe that there is a safe place for African women, that the devaluation of the African woman can be solved if we get African men to understand and stand in solidarity with our struggles.

This is politically backward because it makes the assumption that African women have it all together, like we have nothing to overcome.

The fact is that some African women are still not clear on who our oppressor is and do not recognize it when colonialism is staring them right in their face. They are therefore ill-prepared to take on struggle toward freedom and liberation.

To Foster, the “coercive” and “deadly interactions” are merely inconsequential words that take up space on the way to her main point about African men being absent on issues concerning African women.

She continues to convey her feelings of being left out of the mainstream discourse on violence and she attacks African men who she believes benefit from the support of the entire African community.

Her veiled attempt at acknowledging African repression by colonial forces does little to expose the fundamental contradiction of imperialism, which creates the violent conditions we are exposed to. Foster writes that “watching black men show up for Garner after seeing so many derail conversations about Black women’s well-being leaves me with little more than a sinking feeling of despair upon recognition that the understanding so many of us crave will not come.”

I don’t pretend to understand how it is that we can measure and compare stats on our deaths or our experiences of violence.

Some of us seem to think that the factors that cause our misery are cut from two different cloths; as if African women are somehow subjected to a harsher oppressor than African men.

If you look at some of these feminist writings, it would seem that African women came out of the entire experience unscathed and capable of putting out analysis that should not be challenged, no matter how backwards it is.

African men, just like African women have been subjected to some of the worst conditions imaginable. Under colonialism our education, health, security, family and food have been compromised.

Colonialism is the problem

Colonialism brings with it the ideals of the oppressor nation and imposes them on the oppressed nation.

The white nationalist ideals were carried over to the oppressed and enforced through policy and action.

And yes! Colonialism interrupts the natural dynamics between men and women based on the idea that men are superior, women are objects and our lives are valueless.

However, if we do not understand that we are still colonized then the only way some African women will know how to struggle is against African men, who they believe benefit from the oppression of African women.

To them I ask, in what ways do African men benefit? And who do they benefit from? And if you think there is a benefit, do you want that benefit bestowed upon you?

When Foster writes, ”but we are told that unless we are murdered or raped, we are not truly in distress because black women’s bodies are instruments upon which black men can play out their fantasies of domination without reprisal. But the illusion of power crumbles when black men face the police state.” She seems to be having an “I told you so” moment, almost tickled by the idea that African men are taken down a notch when they meet up with the pigs.

African women and men must fight imperialism together

What Foster fails to realize is that the violence brought to us by the police is systemic and antagonistic, which is different from the violence within our own communities which is interpersonal and non-antagonistic.

Within our communities we can fix each others behavior, but we cannot fix the behavior of a parasitic system whose existence is dependent upon our continued oppression. We have to destroy the system and we have to struggle like hell together to do it.

If violence against African women by African men is a problem, let’s fix it through discussion or baseball bats to the kneecaps; either way we are going to find a way to struggle through it so that we can work together to cut down imperialism.

“In recent weeks,” writes Foster, “black women have launched campaigns to ensure that we can exist in public without experiencing harassment and have presidential endorsement of policy that addresses our specific needs. And though these petitions seem common sense to me, black women’s mere desire to take up space is met with push back. And then we are caught in a cycle of perpetually asserting our humanity.”

Asserting our humanity to whom? Here is where we discover what perceived benefit African men are being afforded—the attention of reigning imperialist Barack Obama.

Earlier this year the white house announced My Brother’s Keeper, an initiative to highlight the challenges faced by “young men of color” which set off a chain reaction of funding for nonprofits who wanted to get into the business of figuring out the black male’s condition.

Is this the recognition Foster and other women like her are aiming for? They are vying for a seat at the imperialist table or at least the money that sits on it.

Never mind that under the Obama regime, unemployment for Africans has increased, public education has been on the decline and black removal from major cities, including Washington DC, has been on a steady increase.

Instead of making a struggle against these glaring attacks on our people, Foster and other black feminists are scrambling for recognition inside a dying system.

Ms. Foster, your priorities are in disarray. Eric Garner wasn’t even cold in the ground before you fired off this self-absorbed indictment of African men, which left a bad taste in a lot of people’s mouths, including some black feminists.

Herein lies the problem with feminism—it is the worldview of the African petty bourgeoisie whose class aspirations align them with the interest of the oppressor and not with the African workers. Clearly the ideas offered up here by Foster are not reflective of the views of the African working class—mothers, wives and sisters of those being murdered daily in our communities.

Under the banner of feminism, African women align themselves with petty-bourgeois, colonial and oppressive forces, because it identifies patriarchy as the enemy instead of colonialism.

This is a primary reason why Africans continue to be conflicted about how to struggle against oppression.

Feminism ain’t the solution—revolution is!

African Internationalism is clear in that there are two nations—the oppressor and the oppressed—the former benefits from the latter.

Africans of the oppressed nation have to struggle together to bust up the power the oppressor nation has over our lives, and we will not do that by targeting each other.

My intention is not to downplay the conditions that plague African women at the hands of the oppressor and from African men. It’s a huge contradiction.

The resolve, however, cannot be the malicious attacks of African men rooted in victim self-aggrandizement because then the question becomes “Who do we want to recognize us as victims?”

If the answer is “society” then we are talking about a bourgeois capitalist society that not only causes our misery but benefits from it as well.

The solution to our problems is revolution—a principled objective revolution. It is through the revolutionary process that we will see the withering away of these backward ideals imposed on us through colonialism.

Under the leadership of the African proletariat, the struggle that we make amongst ourselves will be a step towards consolidating the African nation and enhancing our ability to overturn imperialism and free ourselves.

We will win!
We are winning!