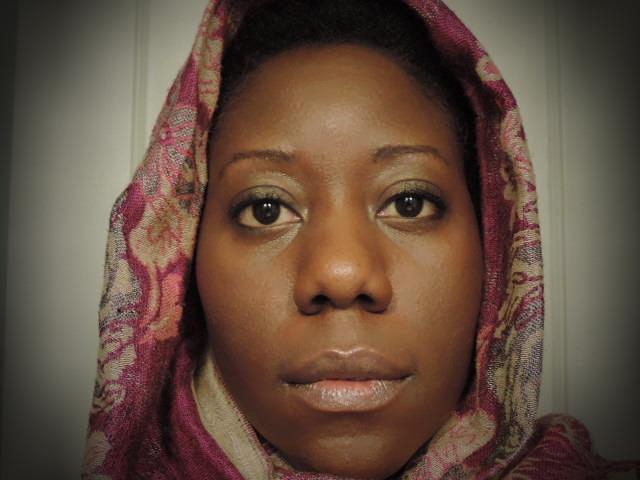 End the oppression of African women: Breaking through feminism

This article was originally published on UhuruNews.com on June 12,2011

Admittedly, I struggled when I was asked to give a presentation entitled “End the Oppression of African Women” at the 2011 International People’s Democratic Uhuru Movement (InPDUM) convention. Although I think the presentation had many good points, overall, I think it lacked focus. Now, as the video of this presentation is being played to wider audiences, I thought it was important to solidify what I believed to be a shaky message.

My struggles on this subject came from not seeing a clear definition of gender-specific oppression when it came to African people. Even though there are differences in the types of attacks men and women experience, it is important to identify that those attacks are rooted in a capitalist system, which has manipulated and exploited African people from the very beginning.

This system allows the enslaved to act as collaborators, which the oppressor uses as a basis for divide-and-conquer campaigns. As I explored the oppression of African women, I first had to identify areas where the oppressor sought to divide and conquer. I found those attributes were apparent in something veiled behind the interest of a devalued group, black women. This thing was called feminism.

This was why I initially tried speaking about theories of feminism to approach the subject of the oppression of African women. I realized, however, that even if I could see how divisional feminism was, I didn’t know how to speak about it because I didn’t fully understand what it meant to be a feminist, more specifically, a black feminist.

So while I mentioned it, I didn’t make it a central theme. I continued, however, my effort to understand it even after the convention.

I began a study, looking for articles, books and videos explaining why black women would choose the feminist agenda as a liberation engine. What I concluded was that feminism, even black feminism, vies for the attention of white power , essentially working within its system to solve the problem of being a devalued human being, and although black feminist would argue that they are more devalued than anybody else by this system, they still depend on it to validate themselves.

Black feminism encompasses a range of ideas that, unlike white feminism, which primarily seeks an end to gender inequality, acknowledges that social and economic disparities associated with race are additional oppressive factors in which white women have no historical experience.

Black feminism acknowledges the root oppression of African people and the resulting effects it has on us. Black feminism, however, allows black women to take a perpetual victim’s role, essentially pitting black women against black men in a contest to see who is oppressed the most, drawing focus away from the overall system of oppression that oppresses us both.

This is contrary to feminist thought, as black feminist academic, bell hooks, states in her book, Killing Rage: Ending Racism, that it is black men who have become victims in order to obtain some of the privilege of being men in white-dominated society, ultimately aligning themselves with white men and becoming oppressors to black women.

Armed with this understanding, feminism found a place in the black community and used our personal relationships as the platform for its agenda. Feminism undermines our ability to think critically and plays on our “emotional” characteristics. Personal responsibility could be absolved by placing the blame on black men, not only in subjective relationships, but also in their inability to beat back the oppressor. So what begins is a positioning of ourselves in opposite corners, ready to fight it out for recognition.

For example, a sister might be resentful toward black men because, instead of becoming an agent for change, a brother might become a drug dealer, and due to the resulting jail time from this activity, more single black mothers would turn to welfare for economic assistance. In an effort to free themselves from their perceived abandonment, black women could engage in acts of collaboration with the state against black men and black people through welfare, which is an imperialist tool that rewards single-parent households led by black women. It allows us avenues to become agents for the oppressor as a way to incarcerate more black men and to further tie ourselves economically to this system through child support/wage garnishments and welfare-to-work programs, among others.

Of course, discussion around this topic is being had without recognizing (or at least not wanting to recognize) that a brother doesn’t choose to be a drug dealer as much as a sister doesn’t choose to go on welfare. These are responses to the same beast of imperialism/capitalism, which has divested the economic and human resources from African communities the world over since its creation.

It is also important to note that while white feminism is opposed to the power structure of white men, black feminism takes on the specific question of how it relates to their relationship with black men. Black feminism does something that white feminism could not do, which is accuse black men of oppression. And in this way, black women now take on an antagonistic position toward black men, just as their feminist label would suggest, pulling out the black woman experience again, and preventing us from focusing on the exploitative divisive nature of capitalism.

Some black feminists claim this is not the case, that their label as a feminist identifies their layered oppression and that their fight is against oppression in all forms. That the black woman’s struggle and identity has been marred in such a way that black feminism defines them—not only as fighters against oppression but as black women whose struggles are different from white women, and that this position is not necessarily in opposition to black men.

Why call yourself a feminist, then?

If black women are fighting against all types of oppression, what is the reason for using this label? Why can’t these black women just join in the overall struggle to crush the incorrect systems that have victimized black people?

Feminism automatically calls out a biological identity that aligns itself with white power imperialism, based on white women’s need to be seen as equal to white men. In that vein, when anyone calls themselves a feminist it ultimately means that they are vying to be recognize by white power imperialism as a victim.

Another growing verve of feminism coming from black women is to take on the moniker of goddess. Some of these women use goddess myth to explain how balance can be restored to the world, first through a global black women’s alliance, and ultimately an alliance with women of all colors. That men have caused all the ills of the world and thus should accept women as divine beings and subscribe to “worshipping” her as such.

I have been in circles where all a woman has to do is burn a candle, throw their menstruation blood on some rocks during a full moon and sit with a bunch of women under a red tent in order to chant out the ills of the world. This practice plays on the significance of having a womb as a means to see oneself as some sort of supreme being.

One major problem, if you haven’t already spotted it, is that this version of goddess myth “rescues” women from doing the actual practical work needed to really stamp out the ills of the world.

It relegates solutions to metaphysical “work,” almost never depositing messages of community empowerment. It allows us the comfort of being psychic revolutionaries from our homes instead of being on the front lines and in the streets, as examples to other women and girls that their place is right here and now in the struggle for freedom and liberation of our people.

Oftentimes, goddess theory Africanizes European ideals of what being a goddess is by subscribing to the perception of a easy-tempered being. My understanding of goddesses in African traditions is a bit different than what I’ve heard coming out of the mouths of black “goddesses.” Goddesses are one part of a dual system in which male and female “gods” could not exist without each other.

African traditions espouse duality and balance which represents African women and African men each as parts of a whole, and necessary to solve a problem. For example African goddess Oya, the warrior water goddess, is counterpart to Sango, the thunder god. The unbalanced notion of god or goddess superiority is non-existent.

I do want to say that, even as I see the process of becoming a “goddess” as counterrevolutionary, I have seen how study of the African goddess myth, has transformed some women who previously didn’t value themselves into women who found pride in who they are as African women.

This is important especially as black women are attacked by the imperialist media and by backward-thinking individuals whose aim is to make us feel less than. If the end goal, however, is just to make us feel good about being black, then I have to advocate taking it a step further and revolutionizing the message.

Because, while it’s nice to have a space where we can discuss our issues, if it stops at that without any real workable solutions, the whole practice is dysfunctional. It’s not enough to be a proud slave, resolved to live in your physical oppression because you got rid of one one hundreth of your mental one.

This mentality is familiar to me because I used to involve myself with certain aspects of the goddess life. But for all the candle burning and altar building and black self-loving, I wasn’t satisfied. It became a question of where the practical work was. The more I saw my sisters ascend to the sky, escaping from reality, the more I distanced myself.

I saw this mentality problematic because it forged a disconnect between myself and other African women who were not in a position to escape the death of their child due to malnutrition, or imperialist-driven rapes, or life in a poverty-stricken ghetto.

I asked myself: how could I walk up to one of these women, tell her she’s a goddess and invite her to join me in a healing circle?

She’d probably look at me like I was out of my mind.

The more I stayed amongst these goddess women, the more I saw that even though they expressed concerns about the conditions of our people, their resolves usually ended up attacking men, victimizing themselves or relegating the work they needed to do to tapping into a “higher vibration.”

Needless to say, I abandoned the goddess identity and elevated myself to African womanhood, standing side by side with other African women and men to do the work that is needed. Ending oppression of African women cannot mean turning ourselves into victims or escaping our realities. It means dealing first hand with the problem, and the problem is capitalism.

This parasitic system feeds off the labor and resources of African people, and its survival is predicated on its ability to infiltrate our communities and divide us along color, gender and economic lines.

Let’s not let them win.

Let’s learn that our greatest power is a united front focused on ensuring the fall of imperialism under which we cannot survive or be free.

African women: we must embrace an African Internationalist agenda that takes on this very question, that arms us with the ability to really end our oppression through collaborative efforts amongst the African working class and poor peasants.

As an African Internationalist, I understand that the only way to shed victimization is to become a revolutionary, struggling against this system to end all forms of oppression.