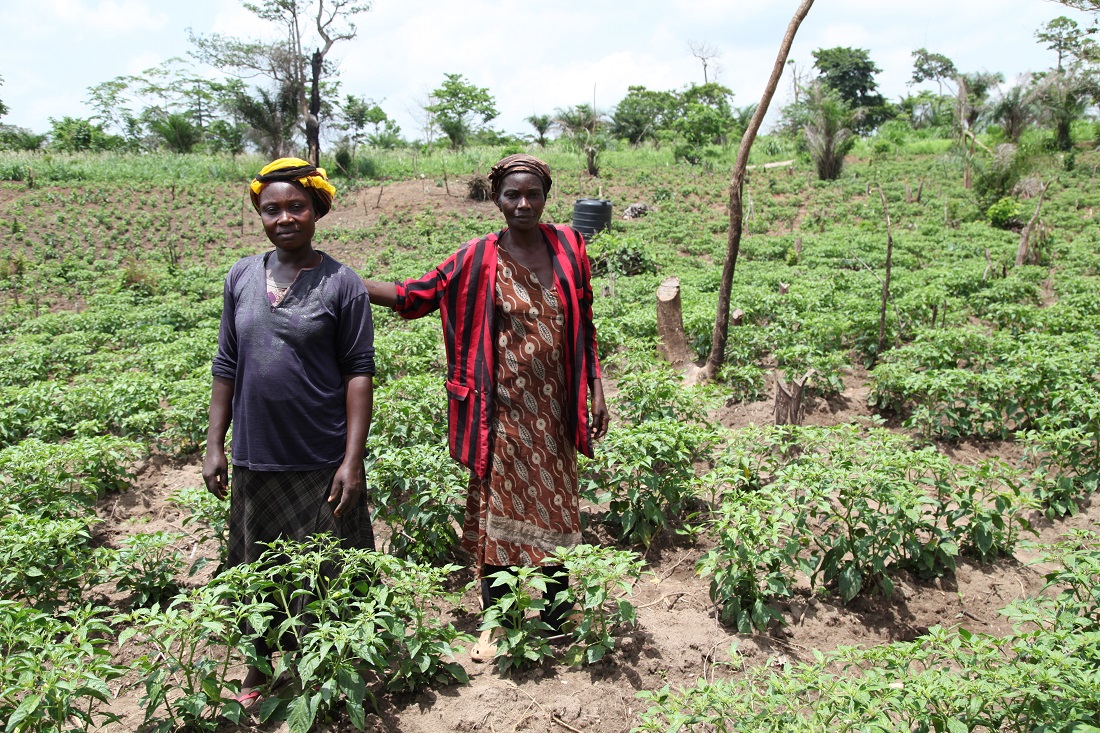 Talib Sankofa, a brother previously associated with the All African People’s Empowerment and Development Project’s (AAPDEP) Washington state tour to end infant and maternal mortality, recently sent me a report from Ghana, where he currently resides.

His report highlights the plight of women workers in Ghana, which resulted in more discussions between him and I (not documented here), which encourages him to join the African People’s Socialist Party and to connect the African National Women’s Organization to sisters who could adopt African Internationalism in Ghana and build revolutionary workers’ collectives to take on some of the contradictions laid out in his report.

By all accounts, Ghanaian women workers face challenges in Ghana. With more than half of all agricultural workers in Ghana being women, any major shift in the agricultural policies would deal a devastating economic blow.

Millions of African women are dependent on farming for their livelihood

“Literally millions of Ghanaian women are dependent on farming for their livelihood. Women farm on ancestral lands passed to them or on shared plots.

“Some crops like cashews and cocoa can yield a decent price. The challenge is the price farmers get for their produce. Women who are fortunate may a make few hundred GH cedi (100 USD = 450 GH cedis) for a week’s worth of work.”

“To better understand the currency, Ghanaian minimum wage is about 300 GH cedis a month, the equivalent of about 65 USD.”

“Healthcare is crucial to the wellbeing of women. HIV rates are low and Ebola has not been reported here in Brong-Ahafo region. Malaria is still a threat to the people. Clean water is taken seriously by the people and has improved greatly over the last ten years.”

“The health care scheme is problematic for women as often they do not have an extra few hundred cedis for minor operations and medication. Government bureaucracy is super slow in paying healthcare claims.”

“Here in Nsoatre, Brong Ahafo, Amponsah Memorial Maternity has just moved into improved facilities showing much progress, however, it is constantly financially challenged.”

No work for healthcare workers, no care for Africans

“Thousands of young women do indeed pursue career as healthcare workers. Oftentimes, they are unable to find work after one year of national service.”

“The President of Ghana, Nana Akufo Addo, has restored nurses training allowances scrapped by the previous regime. The allowances will see over 58,000 nurses and midwives will receive about 400 cedis a month.”

“No doubt, much work needs to be done as Ghana struggles to be [independent] of the World Bank and the International Monetary Fund (IMF) loan dependency.”

“We have to be creative in our thinking to find solutions for African women for a higher quality of life worldwide.”

Indeed we do; however, the lives of African women will not improve if we aren’t taking into account the larger political and economic landscape.

The World Bank forecasted that in 2018, Ghana’s economy would expand at a rate of 8.5 percent, the fastest rate in Africa.

This means nothing as the resources that come from expanding and growing the economy are tied to the parasitic capitalist interests of multinational conglomerates and international lenders, who siphon off the profits by exporting commodities for international consumption and satisfying debts.

Capitalist industries are sinking their teeth into Ghana’s economy draining it dry and the governmental administrators are running around like chickens with their heads cut off, deepening the stranglehold that capitalist imperialism has in Africa.

Cocoa, Ghana’s largest and most important export, was expected to be a protected industry based on the 2016 declaration from the newly elected government that promised not to cut prices for the sector.

In 2018, however, they are no longer able to afford to subsidize farmers─who are mostly African women─due to the broader economic crisis.

Ghana is Africa’s eleventh biggest economy generating $43 billion a year (Nigeria is the largest at $376 billion), with much of their revenue coming from gold, oil and cocoa commodities; 63 percent of the revenue is allocated to debt, according to Bloomberg.com.

All cocoa is sold at fixed prices to the Cocoa Marketing Board and most cocoa production is carried out by peasant farmers on plots of less than three hectares using rudimentary tools.

The government buys the cocoa from the farmers and sells to European trading conglomerates like London futures, which essentially allows European financiers to set the price at which the farmers are paid.

Hence, if London doesn’t buy Ghanaian cocoa, as expected, the Ghanaian peasant farmer suffers; as does a large sector of the population.

Ghana is also in the middle of a banking crisis, bailing out failed lenders while also reeling from the interest rate assessed from the $1 billion IMF bailout loan, which has stretched the country’s budget beyond its capacity.

If the capitalist banking industry catastrophe and the European control of Ghana’s economy isn’t enough, Ghana has further aligned itself with capitalist imperialism by completing a deal with the U.S. military, which will expand the U.S.’s influence in the region and deliver a $20 million investment to the Ghanaian military.

Ghana has also agreed to an infrastructure deal with China which guarantees the large nation bauxite, in exchange for China building roads and railways that will aid in the transport of natural gas product for export.

Africans must organize in our own interests

Nothing that Ghana is doing is securing a future for Africans in Ghana. Africans in Ghana and all of Africa must secure a future for ourselves by organizing in our interest and mobilizing for control over our resources, led by poor working class women and men who are currently forced to accept the rancid scraps from capitalism’s table.

African women, who are the pack mules for capitalist imperialism, enduring hard labor with little results, are the catalyst for transforming society and shaping our new world free from oppression.

In Ghana and everywhere else in the world, the struggle is for Black Power in the hands of the poor working class and a united socialist Africa.