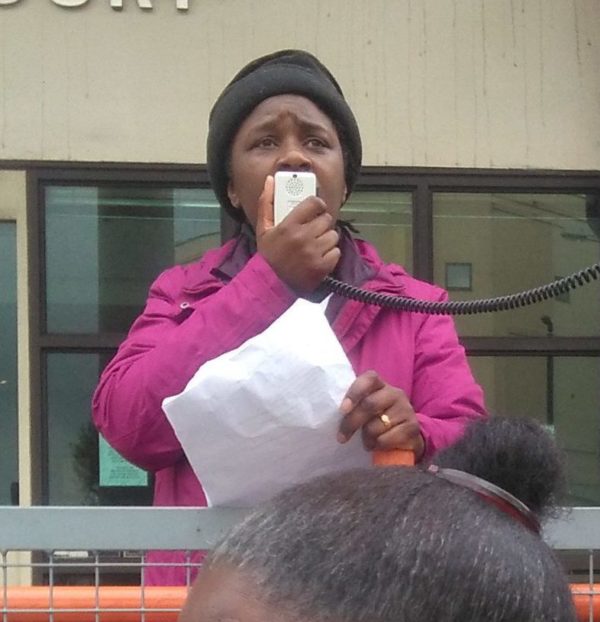 Success! We Pushed the State Back

Earlier this week we called on you to make phone calls and send emails to Crown Prosecution Service in the case of Meshach Boland.

You answered our call!

Dozens of emails and phone calls were made in the days before Meshach’s May 11th trial appearance.In the hours before Meshach’s trial, ANWO, Meshach’s family  and community supporters gathered outside of Willesden Magistrate’s Court in London’s Borough of Brent to protest against his criminal charge.   Some of our supporters even went into the courtroom.

The Court decided to postpone the case pending review of Meshach’s medical reports.  We know that this is due to your phone calls, emails, press coverage and participation in the demo.

As an international community, we helped lift Kushinda and Meshach out of isolation, preventing the State from condemning a  mentally disabled African man to jail.

There is still more to do.

The court scheduled a Pre-Hearing  for July 5th, to review the findings, and  a new trial date or September 1st.  As we prepare to organize for these appearances we hope to have your continued support. Stay tuned for what’s next.
Previous Article Next Article