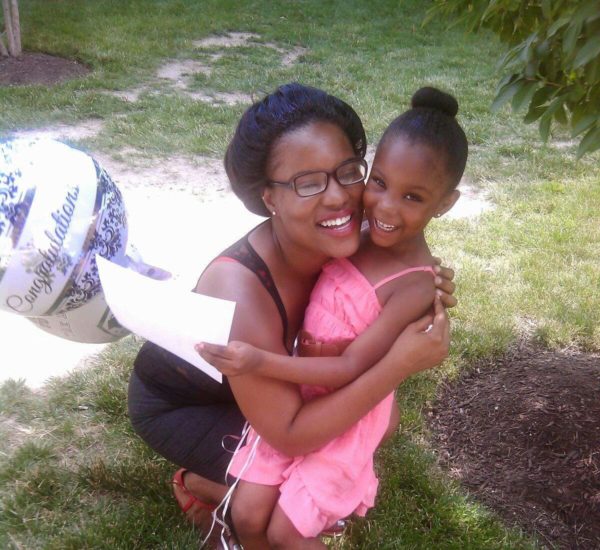 Samantha Johnson (27) had only been a mother for two years when Child Protective Services (CPS) took her daughter, Tae’Lor, from her home. Samantha was desperate to get help for Tae’Lor, who suffers from seizures, however,  she did not have any money or insurance to pay for the medicine; so she called social services to find out what she needed to do.

She made repeated phone calls to their offices only to be met with rude agents and dropped calls.

Frustrated and upset by the clear disregard for her desperate situation, Samantha posed the question, “What the fuck does it have to be, do I have to leave the baby in the house by herself to get you motherfuckers to realize I need help?”

This is a statement that Samantha has come to regret because it led to CPS coming to her home and removing her daughter that same day.

Samantha, since that time, has been through a series of struggles with the State that resulted in Samantha winning back custody of Tae’Lor and the State removing her twice more.

Brewer, according to Samantha, does everything possible to keep her away from Tae’Lor.

Samantha is a product of the foster care system. She and her brother were removed from their mother’s custody when she was 7-years-old.

Her mother was addicted to crack cocaine and Samantha was told (she can’t remember) that she was a victim of sexual abuse from close male family members.

Drug use and sexual abuse are contradictions that colonialism imposes on African people.

Samantha was moved between different homes from Washington D.C. to Prince Georges County to Baltimore County while her brother remained in D.C.

This constant movement made it difficult for Samantha to stay close to her siblings or form personal connections with others.

She became a survivor, making her way through different obstacles until she became emancipated from foster care at age 21.

Samantha was then entirely on her own.

Like many of us subjected to colonial conditions, Samantha gets angry sometimes.

Samantha admits she felt disconnected from her child and lacked a full understanding of motherhood, acknowledging that it took years to really grow into the role.

Samantha, with tears in her eyes, remembers a time in the hospital after giving birth, when Tae’Lor started coughing.

She didn’t know what to do so she left Tae’Lor in the bed and went to find a nurse.

She returned to the room to find that the mother in the next bed soothed the baby and instructed her on what to do if that happened again.

Samantha thought that she “almost killed [Tae’Lor]” by leaving the room while the baby seemed to be in distress.

Samantha remembers a few more situations where she questions her own judgment, but insists, “I just wanted to protect and provide for [my] daughter…I would never hurt my child.”

All Samantha needed was guidance and support, which was robbed from her when the State separated her from her family and put her in the care of dozens of strangers.

The foster care system is a modern day slave auction

This is the reality for many African parents and their children, who languish inside a foster care system created under capitalist colonialism.

In 2014, African children, only three percent of the U.S. population, represented 24 percent of all children in foster care in the United States.

This is second to that of white children who are 11 percent of the population and make up 42 percent of children in foster care. The numbers don’t add up.

The foster care system—which provides financial incentives for each state—is only slightly more sophisticated in stealing children than the auction blocks of chattel slavery or the native schools of early U.S. settler colonialism.

It functions to deepen the crises in poor working class families and communities.

CPS has proven time and again that the rights of African parents to protect and care for their children comes second to the colonizer’s wish to have access to those children.

It doesn’t matter if you ask for medical help like Samantha or refuse medical recommendations like in the cases of Maryanne Godboldo and Ahmed and Kathy Giwa, who were charged with medical neglect and had their children taken—the State will always find a way to intervene.

The fight for Tae’Lor continues

Samantha has never given up on getting her daughter back. Over the past five years, she has gotten her Bachelor’s degree and gained intimate policy knowledge of CPS and the injustice system that protects it. She wants to be an advocate, not only for herself but for other parents who experience similar situations.

She has joined the African National Women’s Organization (ANWO) in D.C. and is currently working on a plan to organize African parents.

When asked her if Tae’Lor, now 7-years-old, wants to come back home, Samantha says, “I don’t know what my baby wants, I haven’t been able to speak to her, so I don’t know.” She continues, “I’m just going to keep fighting to get her back so I can have the opportunity to be a mother to my child.”

Join the fight against the oppressive CPS system!