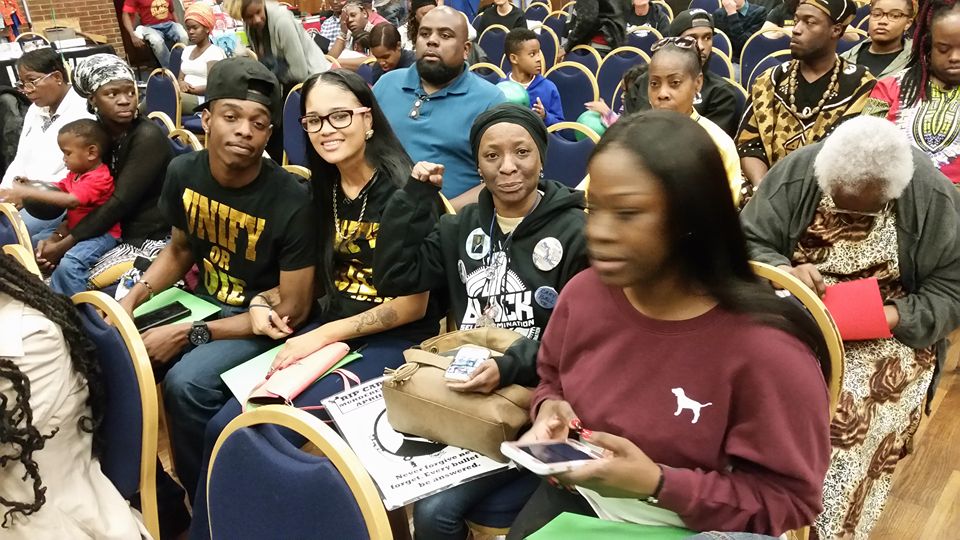 African (black) women to the forefront

The time is now for African women to lead and the African National Women’s Organization (ANWO) is the engine that builds those leaders. Armed with the theory of African Internationalism, the revolutionary theory of practice, ANWO is the only organization for black women that actually exposes and organizes around the core contradiction of our oppression – colonialism .

We don’t make the “only” claim lightly. In the three years since we were established by the African People’s Socialist Party we’ve seen the vapid clique-like activism of feminists which usually doesn’t organize on the critical issues that impact the lives of poor working class African women.

ANWO organizes because we see an end to African oppression

Feminists  would rather hold a parade that says “black women lead”, stage a die in, and bask in the glory of their own sense of self-importance.

Meanwhile they will not organize against the assault on African mothers fighting to get their children back in their custody.

No, their activism has no end, whereas, we do have an end. We see the end of our suffering as colonized African people because we understand that capitalist colonialism, not patriarchy, is the cause of desperate conditions of African people everywhere.

Capitalism is rooted in the means of production and the exploitation of African resources and people. When we take our resources back and use our labor in our self interest, we will destroy capitalism as a world-wide system.

When African women throw their babies in the trash in Occupied Azania (South Africa), this is directly tied to capitalist colonialism. African people do not own the means of production and therefore are living in some of the deepest poverty; while nearly all of the white settlers own the land and the means of production.

It is also a direct result of capitalist colonialism, when African women are held hostage by the welfare state. Their lives tied to the pittance offered as benefits from the State that usually causes poor women to jump through hoops. Opening up their entire lives to inquiry.

ANWO knows why this is happening to us. We do more than write think pieces about these contradictions, we organize women affected and any other African woman or man that understands that something else must be done to shift the balance of power that leaves African people at the whim of white power imperialism in the form of colonialism.

We believe that we must make a revolution and that is the only solution.

It’s an absurd notion to to attribute anything we do to magic, something that can’t be explained. As if a smart or skilled or capable African woman is so abnormal that the only way to describe her excelling amongst white people, is magic.

African woman workers will see that if African woman wins a race it’s because she worked hard, put in the hours and trained to be the best. It’s not magic at all. The African petite bourgeoisie, however, likes to make common everyday things seem unattainable to the masses of our people.

Over the last few months, ANWO has been organizing toward our first international convention which happened on March 24-25th in College Park, MD, right outside Washington, DC. We won African women and men to the importance of holding up the necessity of African women in revolutionary organization.

There is still much work to be done. While there are African women who should be organizing, the contradictions of colonialism sucks us back into the bowels of despair. ANWO, however, will not let African women become the food that colonialism feeds on.

The convention was the place for us to state our objectives, layout out what is important to the lives of working class African women and chart a strategy where we can push back colonialism by being active participants in the struggle for African freedom.

We look forward to showing you the highlights from this convention in the next Spear.