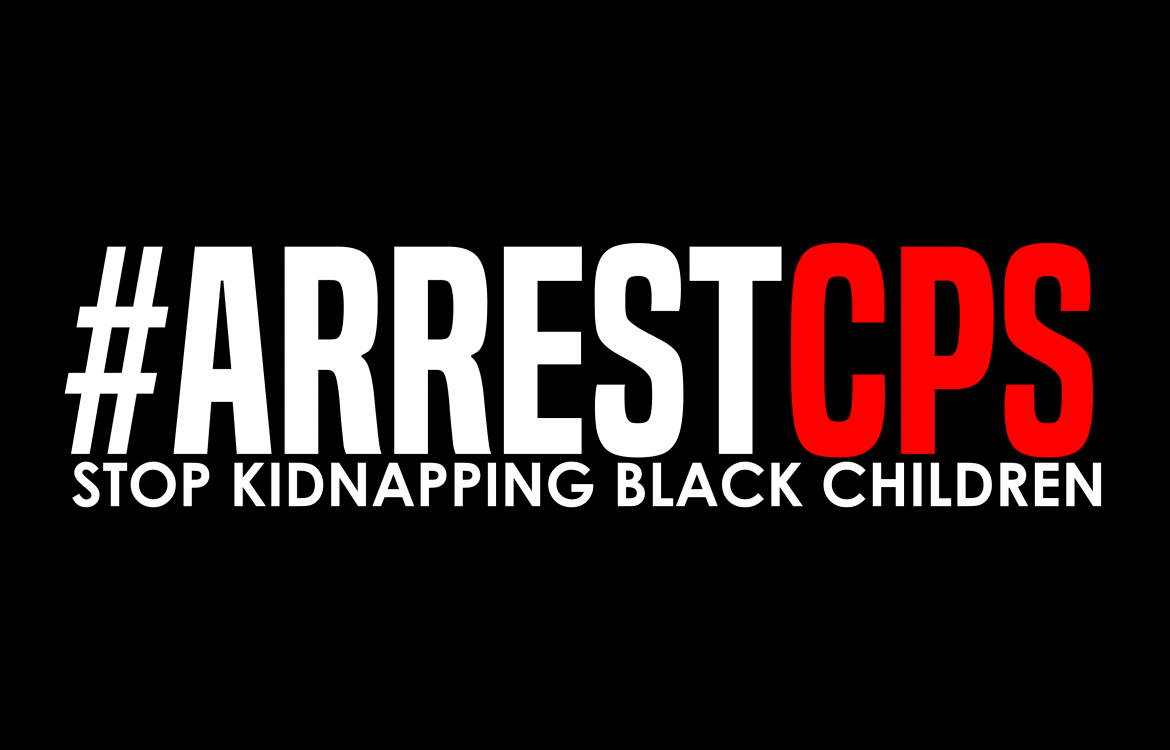 We are a group of black mothers, supporters and allies that charge the Department of Human Services (DHS), Child Protective Services (CPS), and the Family Court system with the act of genocide for the forced transfer of Black children from the safety of their parents to dangerous situations that have led to physical injury, emotional trauma, and death.

#ArrestCPS is a campaign of the African National Women’s Organization which elevates the voices of mothers and children who have been victimized by “family service” agencies. Our number one objective is to GET THE CHILDREN BACK.

We employ diverse strategies which provide community education about this issue, organize mothers and families to strike back and build support systems that help overturn serious contradictions.  We reclaim the narrative of poor and working class black mothers fighting for their children. Black mothers are not violent, uncaring and dangerous; instead, they are relentless fighters working to keep their families together.

We are here to turn the tables on these agencies, exposing them as the dangerous, violent and uncaring structures that traumatize black children – NOT the mothers.  They act as modern day slave catchers – targeting mostly poor black single-mother-headed household – kidnapping black children who are used as pawns in personal conflicts or leveraged for profit.

These agencies destroy black communities by removing our most precious resource – our children thereby disrupting the bond between child, family and community – essentially alienating our children increasing their chances of contact with the criminal justice system.

These agencies aggressively use divide and conquer tactics by spreading lies, character assassinations, and deepening of interpersonal conflicts. They work against families and spin bureaucratic webs which end up frustrating the process to regain custody and criminalizes mothers.

#ArrestCPS says the real criminals are not the mothers, but the so-called child protection agencies who do anything but protect our children.

Get daily updates about this campaign by following arrestdhs.tumblr.com