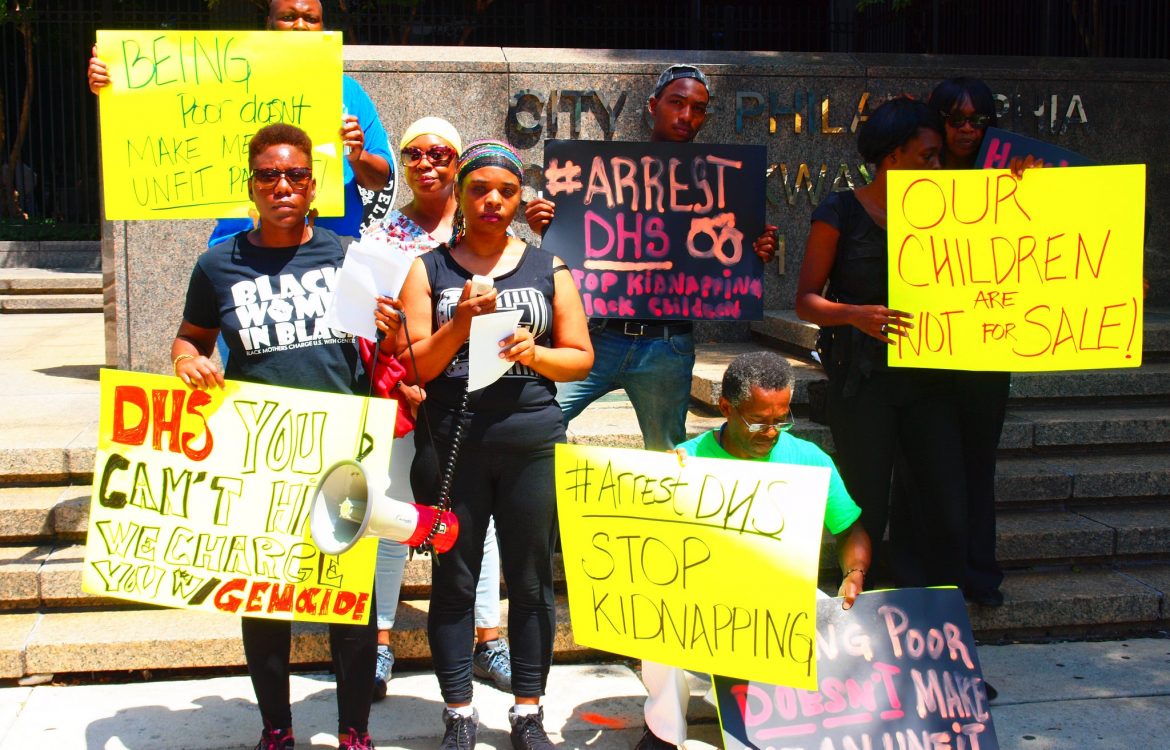 Mothers organize to get children back, charge welfare agency with genocide 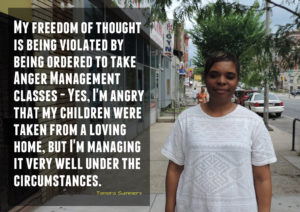 Tamara first came into contact with DHS approximately three years ago after her landlord of her building shut off her water, then called DHS.  Although her children were not removed for two years, DHS remained an ever-present overseer in her affairs.

After two years DHS’s Community Umbrealla Agency (CUA) escalated the case which resulted in Tamara’s chidren being removed from he rhome.  This decision came after  Tamara refused to submit to their ongoing tests and orders only to be told to do them again. Since she was never accused of abuse or harming her children, she refuses to go any testing that forces her to admit guiilt, namely  mental health evaluation and anger management classes.

She says she , “has a right to be angry, but under the circumstances  is handling it very well.”

Tamara has been struggling to expose the system but also to find support base so that she and other mothers will not be vulnerable to their attacks. 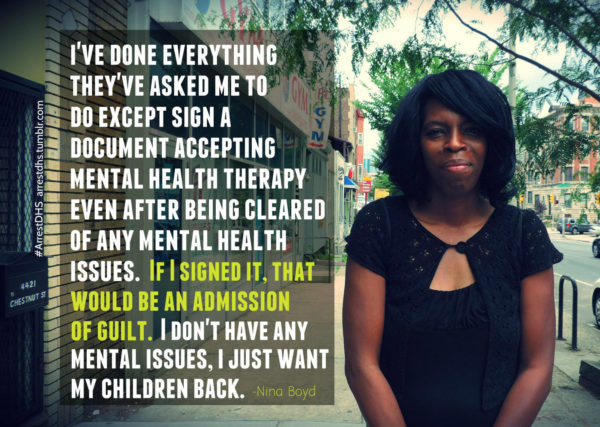 DHS first entered Nina’s life in retaliation for a lawsuit she brought against the Philadelphia School District. The suit charged the school district with not providing her learning disabled son the services and education he needed.

The community forum came on the heels of a few very emotional days. On July 20th Tamara informed ANWO that DHS worker, Elisha Ramberan had threatened to recommend to the court that her parental rights be removed.

ANWO quickly organized an email-based call-to-action that  targeted  Elisha, so that she would know that Tamara had community support.

After receiving dozens of emails from our supporters, Ramberan  responded by sending her internet goons to ANWO’s facebook page to berate Tamara in the comments section of the post.

Tamara responded to each of the belligerent accusations– some of which came from DHS workers. She demanded that DHS produce any documentation to confirm their claims of abuse – which is what most of the comments insinuated.

The comments continued for a few days.  Finally, ANWO intervened by inviting everyone who commented on the post, to the community forum for an open discussion. Not one of them showed up.

Not one of them showed up.

Mothers expose DHS as a colonial tool of repression

During the forum, both Nina and Tamara produced packets of documents that proved their cases.

Tamara accused DHS of creating false reports, collaborating with doctors and other agencies to criminalize her and other parents, denying her human and parental rights, and forced medical treatment. 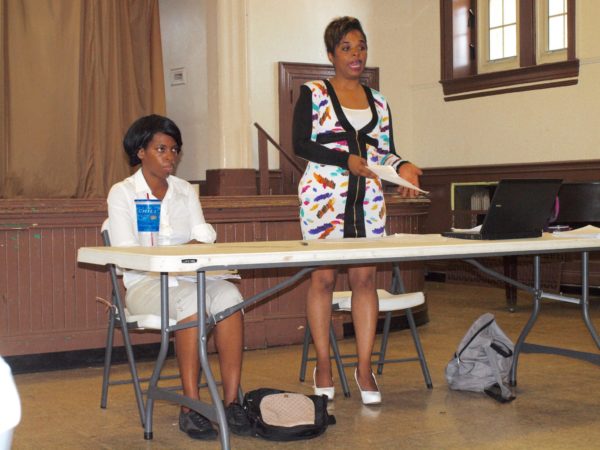 Nina also accused DHS of falsifying reports, terrorist threats, denying her the right to speak on her own behalf in court,  child abuse – her children have been harmed in care, making up laws, forced mental health evaluation, and denying her parental rights.

They both highlighted the ineptitude of their court-appointed attorneys who have done little to nothing to put up a defense during their hearings. They also shared the lack of support they have received from organizations like National Action Network (NAN) or the NAACP, who they’ve reached out to for help.

The forum ended with helpful discussions and the beginnings of a strategy.

The following day, on Sunday, July 24th Parent’s Day; the mothers, along with their supporters, held a small but strong demonstration in downtown Philadelphia in the midst of the fanfare that was happening in preparation for the Democratic National Convention which was starting the next day.

We marched through the sea of white people,  chanting  “DHS you can’t hide, we charge you with genocide” and “Stop kidnapping black children, DHS out now.”  We marched to the DHS building and then set up in front of the family visiting center, where parents undergo supervised visits on Sundays.

The day after the protest, Tamara was ordered to appear in court for an impromptu hearing to address  threat allegations made by Ramberan and the status of her case.   She went but had support from Uhuru Movement. Philly organizer, Nana Yaw Grant stayed in the courts the entire day, ensuring that she had constant support.   The outcome of the hearing was that the Judge essentially issued Tamara a gag order preventing her from talking about the case at the risk of going to jail.

ANWO is committed to supporting Tamara, Nina and all other parents by building mass support around this issue. We want to make it impossible for the state to continue to carry out subjective policies, that isolate and criminalize mothers which facilitates the kidnapping of our children.

We call on you to organize with us around this issue.  It may not be called DHS, maybe it’s called CPS , NSPCC, DYFS. Whatever it’s called  we understand that  it is not there to help resolve contradictions in our communities, instead they are there to deepen the crisis. We encourage you to contact us so that we can raise this issue together making the case for the dismantling of these agencies in our community, and to  build the Black Community Control of Child Welfare.

We encourage African women to Join ANWO!
And African men to join the committee!