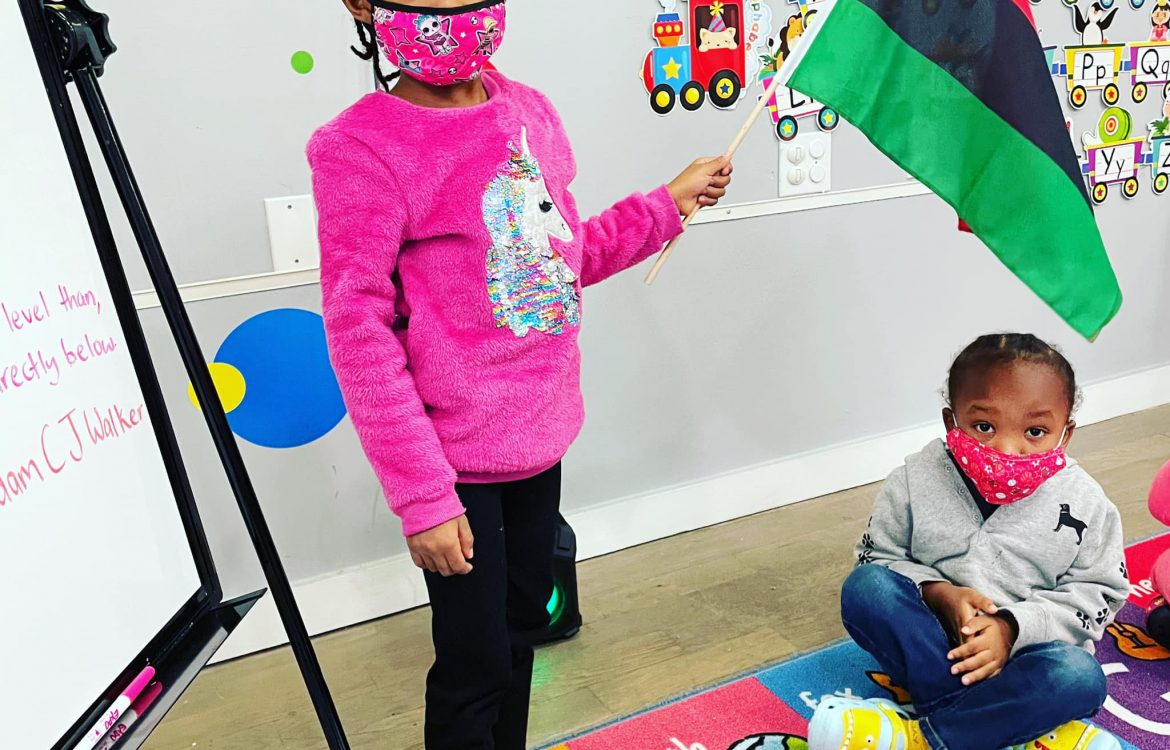 Childcare under colonialism requires a village

Imagine, an African mother walks up to you and begs you to take her child who is standing right beside her, clinging to her leg.  Through tears she explains that she has been trying her best but she is unable to care for her son.  How would you respond?

This was a real situation in one of the richest cities in the United States,  New York City, where the cost of living is skyrocketing and jobs that pay a living wage for poor and working class women are hard to come by.

Fortunately for this mother, she approached a member of the African National Women’s Organization (ANWO) who is the founder of the Watoto Freeschool in Brooklyn, NY and is in the midst of organizing ANWO’s Uhuru Kijiji Childcare Collective to complement the paid services she offers at her facility.

Fortunately for the mother, an African centered therapist was at the facility and was able to help de-escalate the crisis.  Together these African women were able to work out a preliminary plan to help minimize the strain this mother was under, which included enlisting the support of the African father.

This is just one incident of many that exposes the dire situation of African mothers, not just in the United States but in many places around the world.

The splintering of African communities

Gone are the days when the community contributed to the raising of our children.  It wasn’t just mother, it was aunt, uncle, cousin, neighbor, friend, grandparents, who came together to ensure that every African child could grow up supported by the community.

In the United States, where 60 years ago the main employment for African women was private domestic labor as maids taking care of white women’s homes and children which often meant that mothers had to trust the oversight of their children with someone in their family or from their community.

Following desegregation and changes to laws following the Civil Rights wins of the 1960, different opportunities opened up for African people. As African people chased the resources that brought us out of the protection of African communities and into white neighborhoods and businesses that were previously closed off, we saw a fraying of our communities and a breakdown in the social structure that we created out of necessity.

The State became the substitute for community. Don’t have enough money to survive in the City they gave it to African women, with requirements that made it nearly impossible for households with African men to be given enough resources.

No community to help take care of your children? Child Welfare offices sprang up in poor and working class African communities to monitor and exploit situations where working single African mothers struggled to keep their family together.

Decades later, as the rigors of surviving under a growing oppression spurred by the crisis of imperialism, we are suspicious of each other and fearful of the State.  In the absence of community, our children have had to fend for themselves.

The Uhuru Kijiji Childcare Collective is the answer

As a dual power do-for- self institution, run by ANWO and our volunteers, the Uhuru Kijiji(Freedom Village) Childcare Collective (UKCC) takes the childcare and education of our children out of the hands of the State that colonize, oppress and kill us and our children and empowers the parents and our community to assume responsibility for the welfare of African children.

UKCC addresses a basic and fundamental need of, specifically, though not exclusively, poor and working-class African women, who, more often than not, are single mothers with the sole responsibility of caring for their children and for whom, the question of securing help with childcare is difficult and in most cases, non existent.

The UKCC in addition to helping organize a community response to childcare so that women can be freed up to take care of different needs, seeks to provide education and cultural enrichment teaching our kids their true culture. The UKCC allows our entire village to share in the dignity of knowing that we have resumed the responsibility for the welfare our own children.

Like the situation earlier in the article,  our aim is to help bridge the gap in community and bring all resources together in a holistic impactful way.

We believe that if we don’t do this, then we are leaving our communities open to attacks from the state.  And we know all too well, that when African mothers are trapped in the clutches of the State, it is nearly impossible for us to be involved in the work for national liberation when we are fighting to get our children back or figuring out how we survive the next week.

The African National Women’s Organization is currently in the process of helping to establish the Uhuru Kijiji Childcare Collective in New York City,  Maryland/DC, and North Carolina.

Find out more about how you join the Uhuru Kijiji Childcare Collective as a member or volunteer and anwouhuru.org/uhuru-kijiji-childcare-collective.