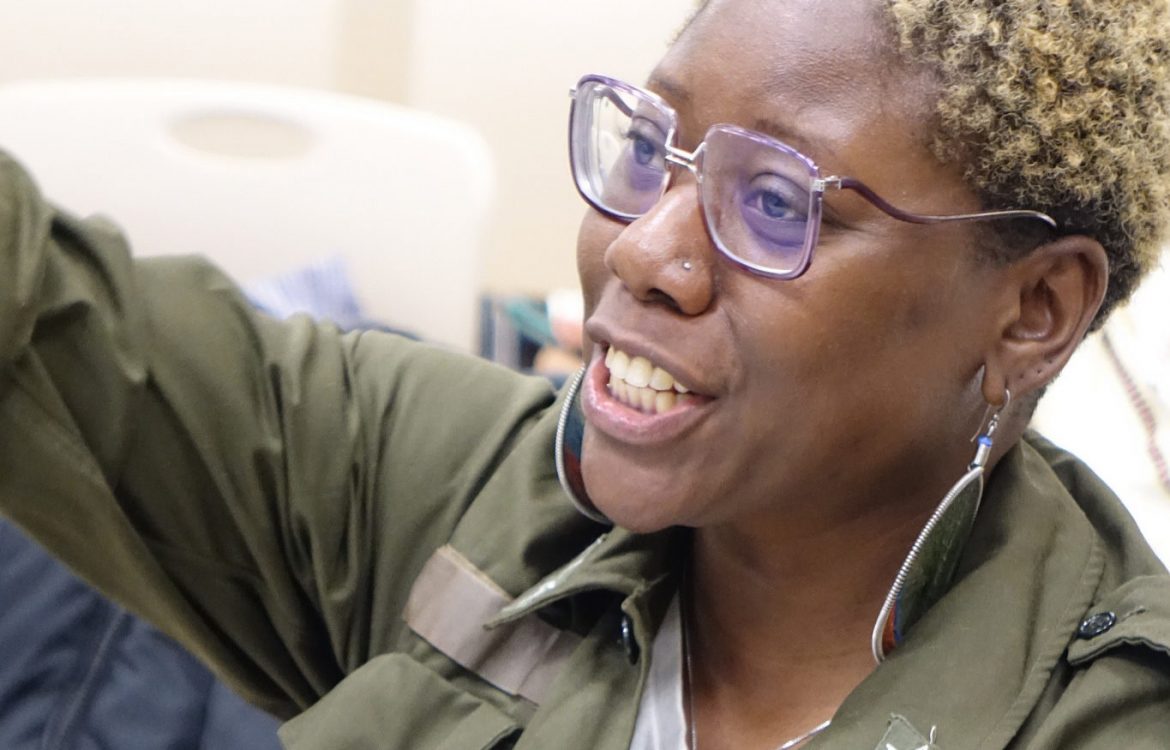 Women from across the country came to participate in discussions and panels that spoke directly to the interest of working class African Women.

Held on March 24-25, 2018, our theme, ”building the revolutionary capacity of African women,”  was aimed directly at African women who wanted to mobilize against the colonial conditions that disproportionately affect our lives.

The first day opened up with a tribute to African women heroes who fought for our people.   We highlighted the contributions of African women workers from the past to the present who struggled  in the interest of African people.

We believe this was important for setting the tone of the Convention because often we witness praise of African women who work in the interest of the oppressor’s system;   women like Oprah Winfrey and Michelle Obama for example.

This was followed up by my presentation which laid out the ideological contradictions of the  women’s movement, which exploits the colonial conditions of African and other colonized women, to propel the issues of white oppressor nation women.

My presentation put out the need for working class African women to determine our own trajectory as an anti-colonial movement to dismantle white power in all of its forms; including its manifestation in the form feminism.

In our call to attend the convention we spelled out our position as one against colonialism not patriarchy.

“We are clear that the white oppressor nation is the colonizer, and as such carries out violence against the colonized in the form of political, economic, social and judicial policies.”

Other high points from the convention was the discussion on the “African Village: the relationship between African men and women,” which included  Africans who are Gender and Sexuality Non-Conforming (GSNA). The goal of this panel was to discuss and propose resolutions to overturn contradictions that often keep the  nation divided.

The  “All Black Hair is Political “panel approached the issue of  the attack on the identity of African woman through an attack on our hair.  We confirmed that a resistance to these attack, is resistance to colonialism.

The Black Immigration presentation, given by Elikya Ngoma, whose experiences as an African from Haiti living in Miami helped us understand the influence of colonizer immigration law contributes to dividing the nation, exploitation of African women and children, the break up of families and criminalizing African immigrants.

The, “African women to the forefront” panel explored the use of electoral politics and campus organizing as a way to raise the political consciousness of our people.

The “Independent African Economy” panel, which included Kunde Mwamvita, Dr. Aisha Fields and Kalambayi Andenet  who represented the independent economic institutions of the Movement. They put forth the importance of building and supporting African economic institutions that have a responsibility to the masses of our people.  This panel drove home that it’s not enough to Buy Black but instead we should Buy Black Power.

All of these panels and presentations offered our attendees an opportunity to interact with the speakers; asking questions, offering their own testimony and thoughts.  The audience engagement was amazing. Even the performers and vendors, were active participants.

There isn’t any intersection for the poor and working class

The political success of this convention proved that there is a need to discuss and mobilize around the issues affecting  working class African women.

What constitutes black women organizing today is divided between the working class and the petit bourgeois middle class, whose stance is often  riddled with opportunism.

African women workers who experience some of the deepest contradictions as a result of colonial exploitation, had an opportunity to become members of the African National Women Organization. Now they do not have move alone, but participate in a revolutionary process that empowers and embolden.

This point was reiterated during the conference by Ro’Shawndra Earvin who joined ANWO in the heat of her struggle to get access to the resources her mostly white campus afforded  to white women sexual violence victims, but were denied to her.

She stated that she called on Sharpton’s, National Action Network (NAN),  the NAACP and others to help her, no one answered the call. When she called on ANWO, however, we were there.  We her helped to develop a plan of action to ensure we expose the contradiction.

The strategy of the African National Women’s Organization is to forward the objectives of poor and working class African women.

The political theory of African Internationalism, helps us understand our place in the world, why African women experience a special oppression. When we understand this we are better positioned to fight and win.

African internationalism also helps us  understand that “under colonialism, African people as a whole, but specifically African women, have been conditioned to internalize and accept direct violence from the oppressor.”  Conditions that we no longer intend to be victims of.