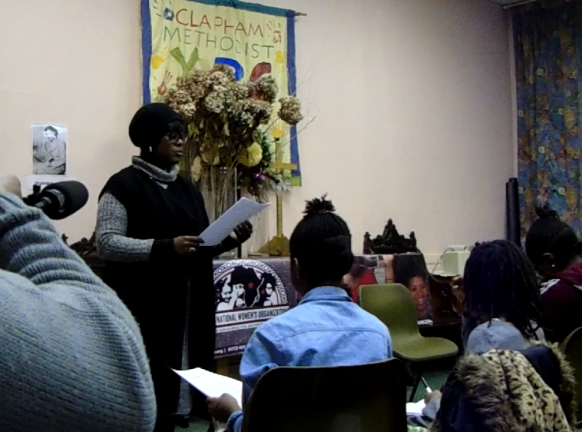 On the 12th of March African National Women’s Organization (ANWO) London participated in the Africa Must Unite: End the Special Oppression of African Women event which was organized by the African Socialist International.

The reemergence of political consciousness in the oppressed African masses is having a profound impact on black liberation strategies as African people around the world organize to build power in the hands of the people.

African women continue to face some of the fiercest repression under colonialism, we continue to be at the forefront of these struggles.

This community forum focused on building the collective power of African people by lifting up the resistance of African women.

Kushinda Olarenwaju, Vice President of  ANWO spoke about  the campaign to protect her son who is under constant attacks by the State!

We had a good turn out and met some great sisters who we plan to build with.