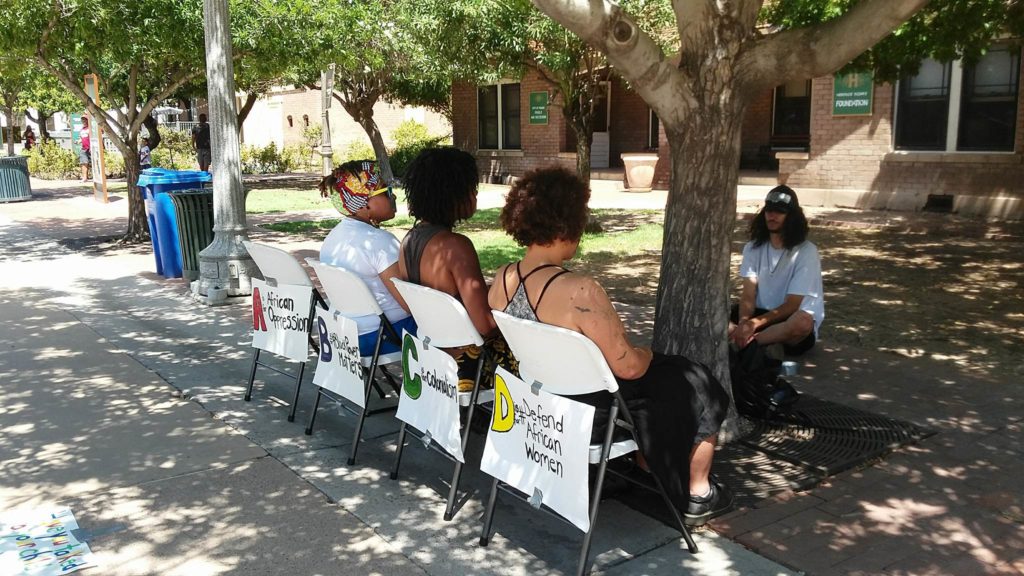 During the two hours, organizers passed out ANWO PHX’s branch  letter of support explaining the campaign.  There were many that attempted to avoid the side of the walk where the women sat, so the organizers moved swiftly and  strategically cut them off by splitting the protest so that it covered both sides of the walkway

We had a good response from Africans, who quickly came to take our information. 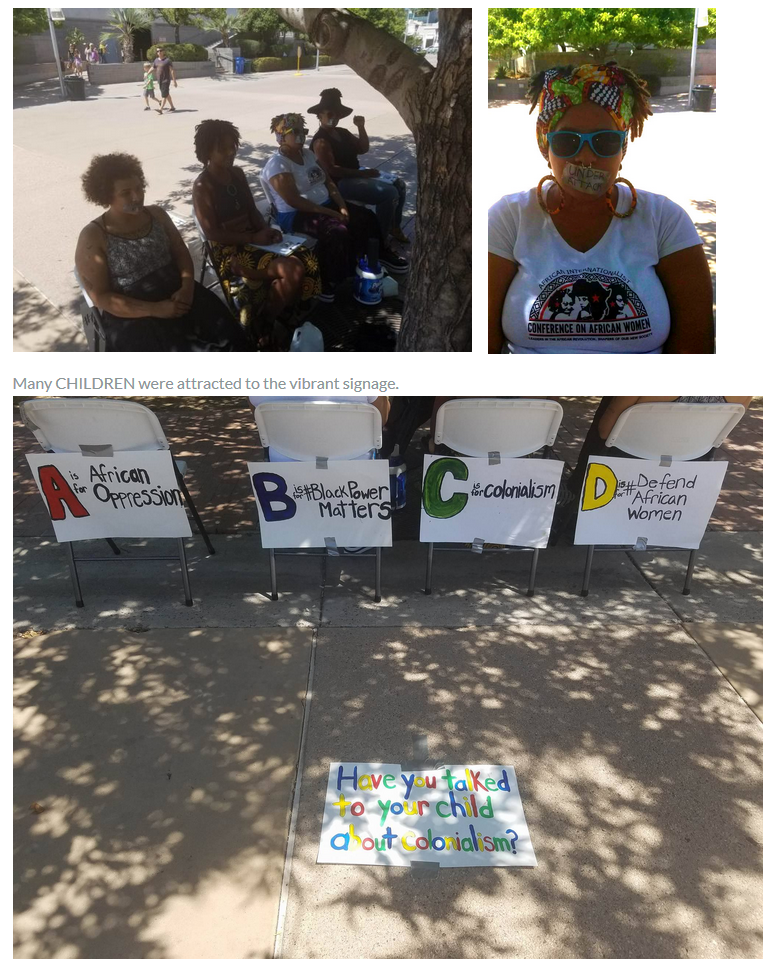 This protest was the second in many to come. We will continue to lift up the struggles of African women and expose the system of colonialism that isolates and oppress us.