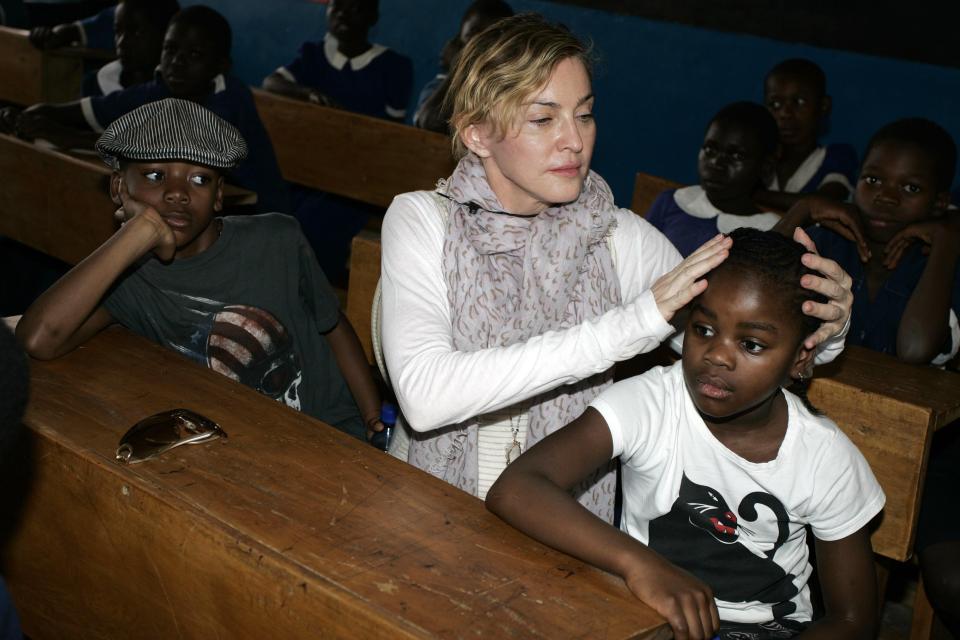 Last week, various news and social media sites were circulating and exalting the story of Madonna’s theft of two (more) children from Malawi.

The outlets talked about the controversy around the length of adoption, the waiving of a residency requirement by the court–which state that children in Malawi cannot be adopted by non-citizens, and the motives behind the adoption. These issues, however, barely scratch the surface of centuries-long history of the kidnapping of African children by imperialist nations.

The kidnapping of African children is rooted in slavery and brigandage

The kidnapping of African children is rooted in the beginnings of capitalism itself. We cannot be blind to the fact that the attack on Africa, through the robbing of African labor and resources saved Europe from poverty and despair and subsequently created wealth for the white nation at the expense of African nation.

What became known as the transatlantic slave trade facilitated the kidnapping of human beings for the benefit of imperialist colonies in the “West”; and on the continent of Africa, we were turned into commodities.

The commodification of African bodies for the benefit of the white nation still continues today and manifests itself in the form of illegal international adoption and Child Protection Services (CPS) agencies that exist in imperialist countries. This point is central to the #ArrestCPS work of the African National Women’s Organization (ANWO).

Through illegal international adoption, the white nation continues to benefit from the African poverty and misery created by capitalist exploitation which range from bloody violence to rampant disease to torturous hunger.

These war-like conditions cripple our family structures, leaving African parents incapable of caring for our children, therefore, our children become spoils of war.

Madonna, like so many other white people, willingly participate in African exploitation under the guise of being a savior. She is the case of the day but let’s not forget that she is a third offense African child kidnapper who previously stole two children from Malawi in 2006 and 2009.

This parasitic white-women-can-save-African-children plague is also spewed by the likes of Sandra Bullock, Angelina Jolie, Joely Fisher and Michelle Pfeiffer, just to name but a few of white celebrities turned “Messiah’s.”

It’s important to note these names because they are some of the white women celebrities who supported the January 21 women’s march where up to 1 million white women marched in Washington, D.C. to elevate “all women’s” rights wearing pink hats and highlighting slogans about “pussy grabbing back” all while sitting on the pedestal of imperialism, with African babies as their loot.

Madonna’s speech at the national women’s march, summed up the gathering of the pussy-hatted white women as a “rebellion, [a] refusal as women to accept this new age of tyranny. Where not just women are in danger, but all marginalized people.”

Madonna is a parasite

If we take a look at her body of work she has been exploiting black art and people her entire career. We can only promise that ushering in a black revolution will end her parasitic behavior as she herself is convinced that her kidnapping is “saving a child’s life.”

In an interview she gave in 2015, she said, “This [adopting African children] was an eye opening experience” and “a real low point in my life. I didn’t know that trying to adopt a child was going to land me in another shit storm.”

She continued, “I was accused of kidnapping, child trafficking, using my celebrity muscle to jump ahead in the line, bribing government officials, witchcraft, you name it…but trying to save a child’s life was not something I thought I would be punished for.”

The “rebellious” white woman turns a blind eye now when the Samburu women of Kenya are still being raped by British soldiers in training camps based in Samburu. Maybe because they know that our African babies will soon be on the market.

But we know that white women march with white values.

Our liberation cannot be spearheaded or catalyzed by white women. In fact, these current events only underscore that history has not changed and that white women have sat and will gladly sit on the sidelines when it comes to the issues of African women.

White women will never uphold the struggles of the African woman. Madonna’s idea of retaining the identity of these children is letting them keep their African names and having a nannie from Malawi take care of them.

White women have long been the recipient of added benefits in addition to our children such as nannies, house helps, and nursing aids––all at the direct expense of theft, slavery and colonization of Africa.

The African National Women’s Organization’s  #ArrestCPS campaign has highlighted the parasitic nature of the State and international adoption agencies. During the month of March––Women’s Month––we will continue to raise up the kidnapping of our children as an international crises, and bring the parasites to heel.

According to Childwelfare.gov, 24 percent of children in U.S. foster care are African. This statistic is shocking because African children only represent 3 percent of the U.S. population.

African children, as a result, languish in the U.S. foster care system after being removed from their homes; the system never bringing resolution to any issues that led to the removal.

Currently, we can only guess at the numbers of African children that are trafficked through international adoption agencies or religious charity organizations.

If we follow indicators like the 2010 attempted kidnapping of 33 African children in Haiti by a white church-based group or when a white French woman was caught smuggling a 4-year-old African child from Haiti into France via duffle bag in 2016; we can be sure that the amounts of African children kidnapped from our communities is 100 times greater than the few that are caught.

Support the work of ANWO, help us build the movement

It is our duty to defend the most precious resource of our Continent––our children. It is our duty to be aware of the magnitude of this theft not just through illegal international adoption but also through Child Protective Services (CPS) in imperialist States that intentionally target African mothers and unjustly take African children into their systems. It is our duty to expose this exploitation and parasitism of capitalist colonialism.

Join the African National Women’s Organization in championing an international campaign of African parents, especially mothers, to expose the continued kidnapping of African children by imperialist states. Join the ArrestCPS local or international committees. For more information, email us at info@anwouhuru.org or call (240) 326-3959.