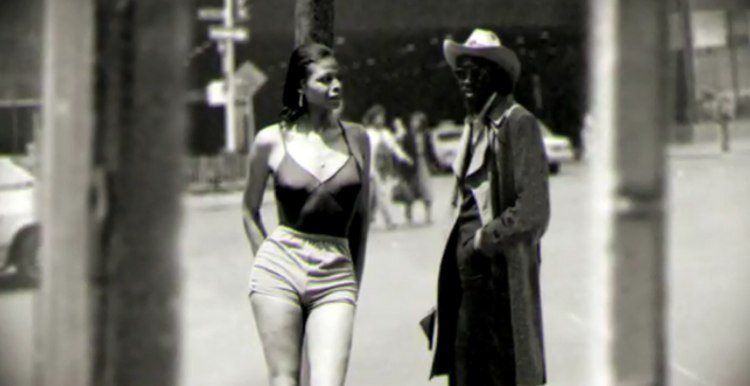 Pimps and Hoes: The Parasitic Divide

Do a google image search for “pimp” and your results will turn up hundreds of pictures of black men, two pictures of Playboy’s Hugh Hefner, and a few of white men dressed in the pimp costume synonymous with what black men wore in 1970’s blaxploitation films.

The pimp, in capitalist society, is often glamorized and held in high esteem for his ability to control women.

Rappers like Snoop Dog, Pimp C, 50 Cent and Ice T (a former pimp), have claimed to reinvent the term to mean someone who dresses luxuriously, hustles and gets money (without selling the sex of women).

This reinvention, however, has not reached the back alleys and dark rooms where, to be a pimp still means to abuse, coerce and steal from women who have sex for money.

Similarly, if you did a google search for “whore” or its slang “hoe,” the results are a lot less black and more white, lots and lots of white women…and garden tools.

At first your response could be “good, black women are not seen as whores,” but seconds later you realize that is not the case as you recall the historical perception of African women as oversexed harlots and white power’s practice of forcibly using our bodies for sexual gratification and the production of workers.

While it is true that historically white women have been in the whoring profession way longer than African women, it was the attack on Africa by the white world that stripped African women of our person-hood, turning us into property and essentially making us concubines for white power.

So when we see 8-year-olds in Kenya selling their bodies to buy food, we do not separate this from the ongoing parasitic assault that white power has waged on African people for 600 years.

She is selling her body because white power and its neocolonial puppets continue to take from Africans our ability to feed, clothe and house ourselves by carrying out policies of coercion and bloodshed.

This narrative contributes to the total erasure of thousands, if not millions, of black women that have been forced to sell their bodies for money and it ignores their criminalization, abuse, poverty, and addiction.

The white man, as the oppressor, is relatively absent from this picture.

When he does emerge he is usually a celebrated millionaire like Hugh Hefner and Joe Francis, the creator of the “Girls Gone Wild” videos .

Black men, on the other hand, emerge with ashy lips and bruised faces in mugshot photos on prime time news.

Ultimately the world of pimps and “hoes” is more diverse than Google would have you believe.

Pimps come in all nationalities and genders; black men, however, are the most visible and the most criminalized.

This is namely because of their relationship to the underrepresented overcriminalized African woman.

He plays the role of “partner,” boss, abuser and provider, all in an effort to control her.

Capitalism is the real pimp

It’s because of the ravenous nature of parasitic capitalism that African people cannibalize each other, with women and children often getting the worst out of the deal.

In a discussion led by Chairman of the African People’s Socialist Party, Omali Yeshitela, he lays out the benefit of a socialist society as opposed to a capitalist society that creates the conditions that forces African women into sex work and then criminalizes them for trying to survive.

“…In a socialist society, it’s a society that makes the assumption of people responsible for the wellbeing of everybody.

“You have a situation where every individual is responsible for his or her own well-being, then you have individuals who have to do things, all kinds of things, in order to survive. So we want a different kind of society.

“So no, we don’t condemn women sex workers, if anything we condemn the treatment of women sex workers and this way the so called crime is dealt with and how women pay the price for it and men, usually, who are associated with that don’t pay any price at all.

“I mean it’s a ridiculous kind of crime. And the crime is a society where women are dependent. That’s the crime. A society that imposes a structural sort of dependency on women as a norm…”

R. Kelly a pimp by another name

The recent news in singer Robert Kelly’s ongoing saga speaks to the dependency of women and manipulation of young black girls, who are left vulnerable to the exploitation of predators like him.

There are still people in our community who defend him, while the women, the victims, are demonized by the public.

This attitude exists even though he has a 20-year long rap sheet listing his offenses against young girls and women alike.

Granted, he is not a pimp in the traditional sense of the word, he uses his position to exploit women and benefits from his petit bourgeois class position, which allows him to escape the consequences of the State, for now; even though he is an oppressed African man.

No doubt there is someone, right now, admiring him for his pimp game at the expense of the lives of African women.

African man and woman: your ‘come up’ is the destruction of capitalism

If we are to be free from oppression, African men cannot exploit African women.

The same men who complain about the oppression of police and prisons, cannot turn around and act as oppressors to African women.

As an African man, the act of being a pimp is just as parasitic as capitalism itself.

Instead, African men should be organizing African women sex workers into revolutionary organization that will bring forth the demise of parasitic capitalist exploitation and a new world free from oppression.

African men, do not be the oppressor African woman have to destroy in order to be free!

End oppression in all its forms!